The Iceland's iconic victory against England in Euro 2016 is a testimony that in football,it doesn't matter who are favorites.

Two-time world Champions and finalists of the 2014 campaign, Argentina are going into this match as the favorites. Iceland coach, Heimir Hallgrimsson has labelled the Group D opener against Messi and co as “the biggest game in the history of Icelandic football”. The Iceland’s iconic victory against England in Euro 2016 is a testimony that in football,it doesn’t matter who are favorites. Also Read - IPL 2021 Auction: February 4 Registration Deadline For Interested Players; No Agent, Manager Allowed 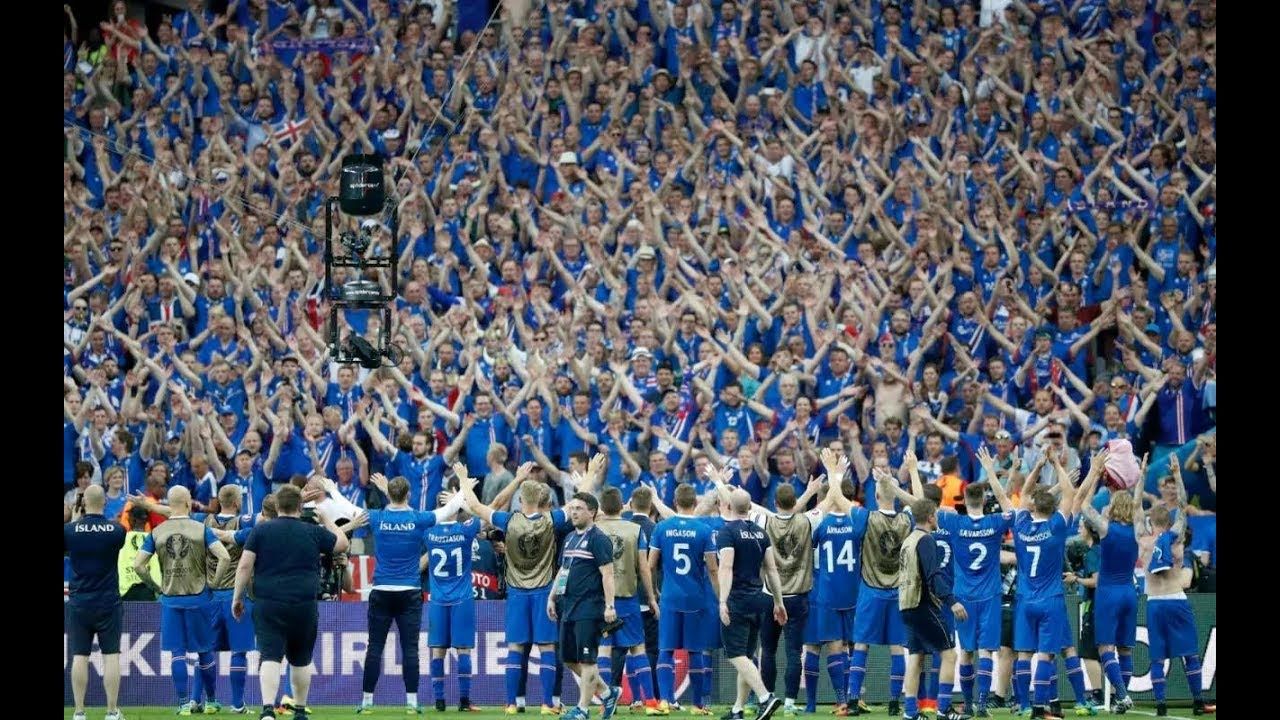 Iceland Iconic Viking Clap After Win Over England in EURO 2016

Hallgrimsson, a dentist by profession, told a pre-match press conference: “Everyone wants to play. This is the biggest game in the history of Icelandic football and it’s a headache which our training team has to work on.” Also Read - PM Modi To Perform Bhoomi Pujan For Ahmedabad, Surat Metro Projects on Monday

“Regarding Messi, I don’t have a magic formula. Everybody has tried everything against him and he always manages to score. He is one of the best players in the world. Also Read - 52 Healthcare Workers Show Adverse Reactions COVID-19 Vaccine Shot in Delhi, 1 Hospitalised

“I’ve said it would be unfair to give a player the role of marking Messi. We will (play against him) like everything we do, we’ll do it together. We’ll help each other and try to do it as a team.”

The Argentina squad have suffered three back to back Cup final defeats, i.e, World Cup Finals vs Germany, Copa America 2015 and Copa America Centenario 2016. Lionel Messi’s decision to retire from international football shocked the football world. Although, chose to reinstate himself and is now on a mission, FIFA World Cup glory.

FIFA Team reporter analysis:
Diego Zandrino, Argentina: It is the moment of truth for Argentina, as the team only played one warm-up match ahead of the tournament. Although having multiple options in each position has its benefits, it remains to be seen how well the players can come together as a unit. The key will be to create space against a solid Icelandic defence.

Petur Hreinsson, Iceland : Iceland have failed to win in their last four matches, which would usually give a team cause for concern. Yet this fails to take account of the coach’s experimentation in recent games, while the fact that their EURO 2016 preparations ran a similar course is also encouraging. The players seem to be rising to the challenge, although question marks remain over the fitness of captain Aron Gunnarsson. (Official FIFA Report)

This will be the first ever encounter between Argentina and Iceland.

Argentina have gone past the first round in 11 of their last 12 World Cup appearances, the only exception coming in 2002. In fact, they have won 12 of their last 15 group games at the World Cup (D2 L1), their only defeat in that run coming against England in 2002 (0-1).

Iceland have qualified for their first World Cup and their second major tournament after Euro 2016 where they reached the quarter-finals. Slovakia were the last World Cup debutants to make it to the knockout stages of the tournament (2010).

At 334,000 inhabitants when they qualified, Iceland are the smallest ever nation to reach the World Cup finals.

Only Edinson Cavani (10) scored more goals than Lionel Messi (7) in the CONMEBOLqualifiers for the 2018 World Cup. Messi has scored four and assisted one of Argentina’s last seven goals at the World Cup finals.

Gylfi Sigurdsson was top scorer (4 goals) and joint-top appearance maker (10 games) for Iceland in the qualifiers for Russia 2018.