Check out some chefs and food personalities that are leaving their mark in mainstream American culture!

Indian food has hit mainstream America, making the chefs and food personalities that helped put them on the table (literally and figuratively) household names. Below, we share some background on the many desis living in the Diaspora who have made a name for themselves thanks to their excellence in cooking and ability to share Indian culinary traditions with contemporary spins. 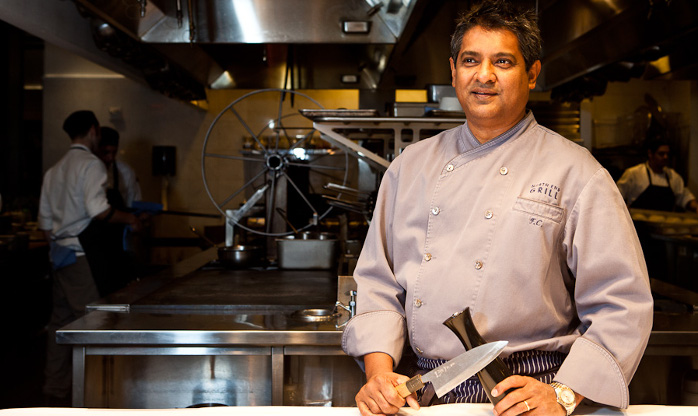 Tabla received numerous accolades from the press, including three coveted stars from The New York Times. It was revered for its innovation and for elevating Indian cuisine beyond the formulaic curry houses generally found in New York. Tabla introduced the concept of Indian food as fine dining—and after 12 incredible years, it closed its doors in December 2010. But Chef Cardoz was not done with the restaurant scene in NYC!

Thereafter, he served as the Executive Chef of North End Grill, a seasonal American restaurant and bar also owned by the Union Square Hospitality Group.  Under his supervision, North End Grill again joined the ranks of one of NYC hottest restaurants. He left in April 2014 to pursue independent and personal culinary projects; it is said that he is currently working on a cookbook. 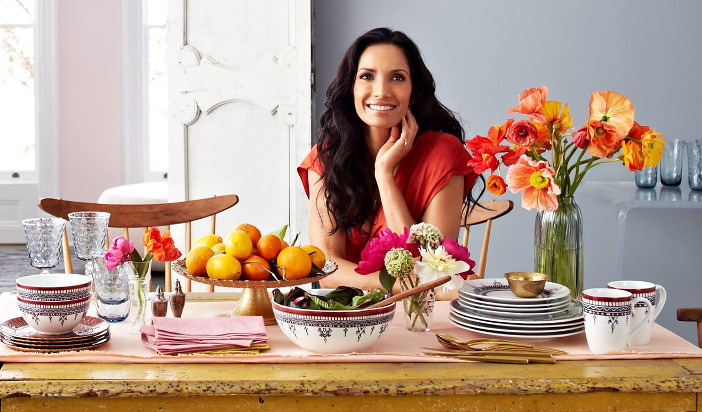 Padma Lakshmi is a model, cookbook author, and co-host of the reality cooking show “Top Chef.”

She authored and published cookbooks “Easy Exotic” and “Tangy, Tart, Hot, and Sweet,” the former a collection of low-calorie recipes that draws on the flavor profiles of Southeast Asia; the latter a collection of recipes from around the world that make international flavors more approachable for the home cook.

You can also find Lakshmi’s recipes in “Top Chef: The Quickfire Cookbook.” Before “Top Chef,” she had her own show on Food Network, “Padma’s Passport,” and a similar job hosting the British show “Planet Food.” 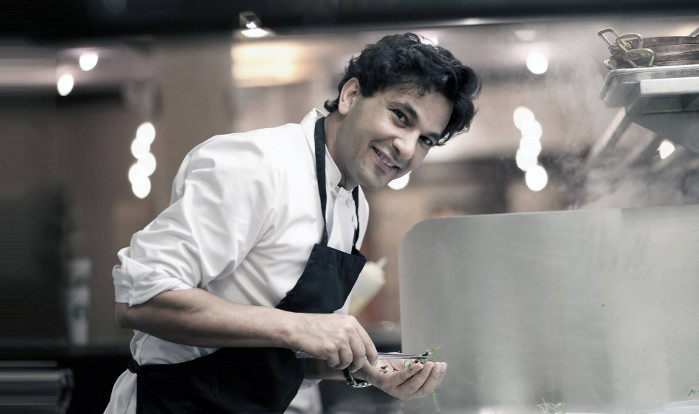 Chef Khanna’s list of accolades is long and varied!  He is the Executive Chef of NYC’s Junoon, a restaurant that is lauded as upscale Indian cuisine and which has won numerous awards for its innovation. It has been awarded a Michelin star for three consecutive years: 2012, 2013, and 2014.

[Read Related: “Chef Vikas Khanna: Bringing People Together, One Dish At a Time“] 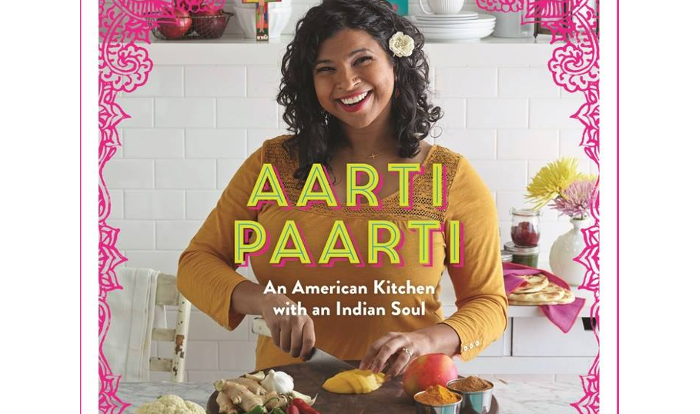 Aarti Sequeira competed on and won season six of Food Network’s “Food Network Star” in August 2010 and received her own Food Network show as the prize.

Her show, “Aarti Party,” combines Indian flavors and techniques to American classics. She has a cookbook as well, aptly titled “Aarti Paarti: An American Kitchen with an Indian Soul.” Aarti also has her own blog.

Aarti has been praised for her down to earth personality which has helped her make Indian food more approachable.