Doonya is different from other dance and cardio classes because it is inspired by Bollywood music/dance. Co-founders Kajal Desai and Priya Pandya hope that their Bollywood dance inspired fitness company can be something that is embraced globally. 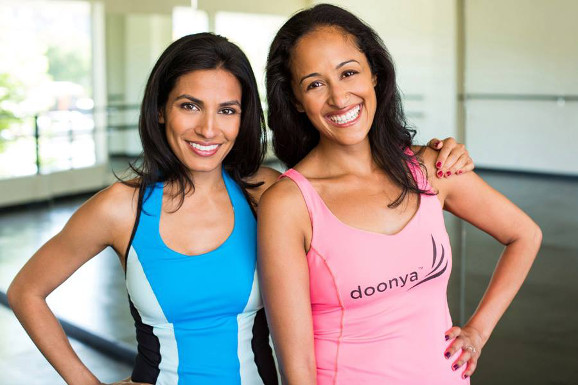 The word doonya originates from an Arabic word dunya, which means the temporal world in various languages across Asia from the Middle East to Indonesia, including the major Indian language, Hindi. Doonya: The Bollywood Workout is now a burgeoning dance-fitness program to join the ranks of Zumba as a new fitness craze. Also Read - Lovebirds Ranbir Kapoor-Alia Bhatt Shoot For an Ad, Pictures Take Internet By Storm

Doonya is different from other dance and cardio classes because it is inspired by Bollywood music/dance. Co-founders Kajal Desai and Priya Pandya hope their Bollywood dance inspired fitness company can be something that is embraced globally. Also Read - Ameesha Patel Reacts on Reports of Defrauding Businessman of Rs 2.5 Crore, Says 'Get a Life'

Doonya’s vision is to be the global fitness lifestyle for women and their families, which in turn instills confidence in their body and mind. Together, it would energize ‘Doonya Do’ers’ to be a source of joy to all who surround them, as stated on their website. Also Read - Deepika Padukone’s Rs 12,500 Oversized Shirt Deserves a Place in Your Closet| See Viral Photos

Since we stand at the intersection of Indian and American outlooks on wellness, Desai said they celebrate the oneness of all cultures. Through Bollywood-inspired movements, Desai said they blend science and art with self-awareness and expression.

Their motto is simple: One World, One Doonya.

Desai said they are headed to find a home in Houston next.

“We are looking to build out, whether corporately through us or through franchises,” Desai said. “We would like to open 65 internationally in the next 40 years.”

And if you can’t find a class close to you, Doonya offers many online workouts on their YouTube channel and multiple DVDs.

What began as a Bollywood dance instruction company later transitioned into a Bollywood dance performance company and then back to instruction. Recently, the company has taken on a new focus on fitness and it’s growing. The dance and fitness classes offers cardio, strength and conditioning sessions that are all based on dance moves.

Desai wants to make sure that Doonya clients are getting in a good full body workout in their studios, while walking away embracing the spirit of Bollywood dance. In addition to using moves from Bollywood dance, Doonya incorporates pop dance moves as well.

The founders believe that the element of fitness fused with dance will make Bollywood dance more accessible to the general public.

“We taught dance technique and our biggest thing was bringing Bollywood mainstream to share the joy and spirit of it,” Desai said. “We realized that there are so many other benefits that came from it. A lot of people are so intimidated by dance. When we created our first fitness class, we realized that we were attracting more people. They felt like they were getting something different out of it than they were before.”

“It wasn’t about dance technique or performance,” Desai went on to say. “It was about being in that moment and seeing changes in their bodies as well. The more we did it we realized that it was what we wanted to do…. to spread the spirit of it [Bollywood dance] … We’re making sure that we can create something that anyone can feel comfortable with. We realized that it connects everything – mind, body, spirit. It’s about overall feeling so much better about yourself.” 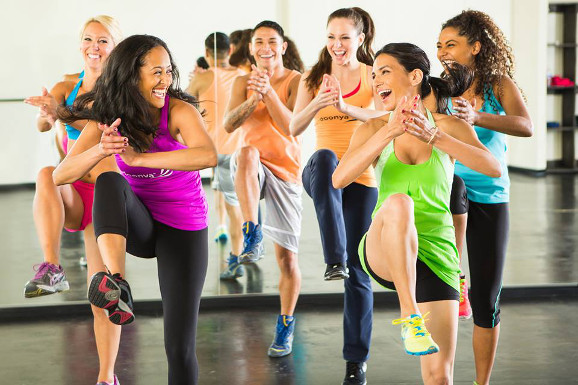 Since appearing on the Dr. Oz show, Oprah, CBS’ The Early Show, Royal Pains, to name a few, it’s safe to say Doonya is catching drift among the South Asian community, and beyond.

“We have a huge South Asian following,” Desai said. “I think what’s great is that it is something that everyone grew up with and enjoyed. It’s something that connects [the South Asian community] to their roots. It’s right on the border of Indian and American where so many of us grew up.”

“For the people who came a little later, it’s a way for them to feel that they are still at home,” Desai went on to say. “For those of us that were born and raised here, it offers a meeting of different cultures that we grew up with. Even with the South Asian following, the faces that attend a Doonya class tend to be very diverse. Every race, every age, every body type… everything.”

When it comes to recognizing and appreciating Bollywood dance and music,  Desai said “people are recognizing the music, and want to know more.”

“Bollywood is our platform and framework, but it’s not everything our program is about,” she said. “We call ourselves the ‘happy workout.’ It’s about the spirit of Bollywood. We use a lot of pop [music]. We have our own set of moves that we use that are a combination of fitness calisthenics and dance.”

The popularity of Bollywood dance in mainstream America bears important significance for the role of South Asian Americans in the U.S., Desai said.

“Media and general cultural awareness dictates stereotypes, but Doonya empowers us to show that we are not one note. We can be anyone and do anything we choose, just as other women of any cultural background,” she added.