Researchers during a recent study have found that by higher dietary consumption of long-chain omega-3 fatty acids during childhood, the risk of developing subsequent asthma reduces in children carrying a common gene variant.

London: Lot of people struggle with asthma these days. Cold conditions and rising pollution adds to the asthma problem. However, a new study in the Queen Mary University of London done along with the scientists of the  University of Bristol and the University of Southampton, UK, and Karolinska Institutet, Sweden have now established that giving Omega-3 fatty acid-rich food to children helps in preventing Asthma later.  Researchers found that by higher dietary consumption of long-chain omega-3 fatty acids during childhood, the risk of developing subsequent asthma reduces in children carrying a common gene variant. Asthma is caused due to airborne allergens, such as pollen, dust mites, mold spores, pet dander or particles of cockroach waste. Respiratory infections, such as the common cold also leads to asthma. In asthma, a person’s airways become inflamed, narrow and swell and produce extra mucus, which makes it difficult to breathe.Also Read - Weight Loss Tips: What Are Apple Cider Vinegar Shots? Can it Help in Shedding Those Extra Kilos?

Research also found that most adult asthma begins in childhood. A report published in 2018 said that almost 6 per cent of children in India suffer from asthma or similar issues.  In the UK, 1.1 million children (1 in 11) are currently receiving treatment for asthma and most adult asthma begins in childhood.  Senior author, Professor Seif Shaheen from the Queen Mary University of London, said: “Asthma is the most common chronic condition in childhood and we currently don’t know how to prevent it. It is possible that a poor diet may increase the risk of developing asthma, but until now most studies have taken ‘snap-shots’, measuring diet and asthma over a short period of time. Instead, we measured diet and then followed up children over many years to see who developed asthma and who didn’t. Also Read - Breaking News LIVE: Mansukh Mandaviya to Meet Health Ministers of 9 states, UTs on COVID Situation Today 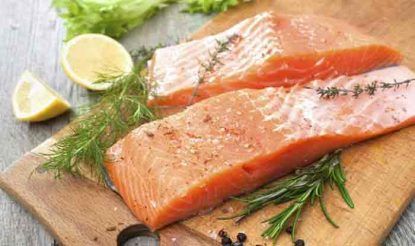 Researchers found that fish was a direct source of Omega-3 fatty acid. “Whilst we cannot say for certain that eating more fish will prevent asthma in children, based on our findings, it would nevertheless be sensible for children in the UK to consume more fish, as few currently achieve recommended intake,” report said. Also Read - Horoscope Today, January 25, Tuesday: Taurus And Libra to Indulge in Healthy Eating

Fish is of particular interest because it is a rich source of the long-chain omega-3 fatty acids, eicosapentaenoic acid (EPA) and docosahexaenoic acid (DHA), which have anti-inflammatory properties. 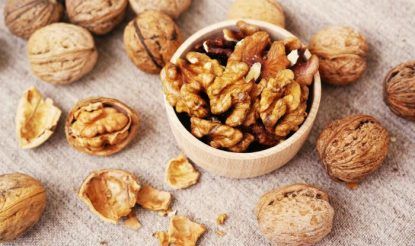 Walnuts are a rich source of Omega-3 Fatty Acids and help prevent Asthma. It is also considered a superfood for people with diabetes.

Foods that are rich in Omega-3 Fatty Acid

What the study has found

The study, published in the European Respiratory Journal, used data from a large UK birth cohort, Children of the 90s, which recruited mothers who were pregnant in the early 1990s and has been following up their offspring ever since. They analysed the association between intake of EPA and DHA from fish at 7 years of age (estimated by food frequency questionnaires) and incidence of new cases of doctor-diagnosed asthma at 11-14 years of age.

Furthermore, this finding was also found in an independent birth cohort study in Sweden (BAMSE).

As they have only found an observational association, the researchers caution that they cannot say for certain that a higher intake of long-chain omega-3 fatty acids in childhood can prevent the subsequent development of asthma. The next step is to see if higher intake is also associated with a lower risk of exacerbations in children who already have asthma.

The project was funded by the Rosetrees Trust and The Bloom Foundation. The UK Medical Research Council, Wellcome and the University of Bristol provide core support for Children of the 90s. (ANI)