Have you seen your nail tech open a new sealed package of nail tools for your manicure? Have you noticed the footbaths being cleaned properly or even at all? According to a recent report released by Public Advocate Letita James, there’s a lot more to consider about your weekly manicure than picking your color for the week. 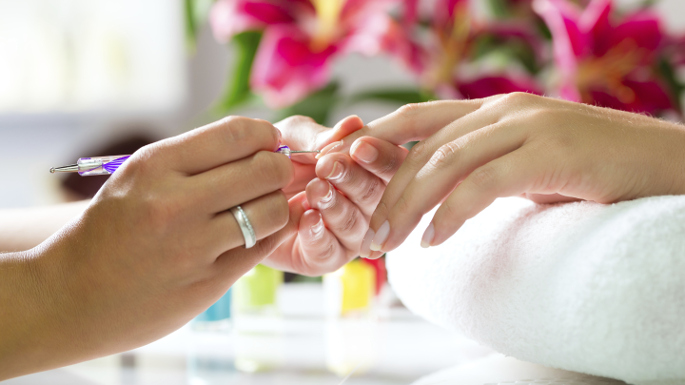 You have spent months, maybe even years finding your favorite nail salon with the perfect balance of colors, affordable prices and a nail technician that already knows your preferences. But when is the last time you took note of your salon’s sanitary practices? Have you seen your nail tech open a new sealed package of nail tools for your manicure? Have you noticed the footbaths being cleaned properly or even at all? According to a recent report released by Public Advocate Letita James, there’s a lot more to consider about your weekly manicure than picking your color for the week. Also Read - 5 Signs You Are Not Washing Your Face The Way You Should

James’ office released this policy report investigating the safety of New York City nail salons in September, and the results were not pretty. The report documented a list of unsavory practices to keep salons competitive, which directly affects the safety and cleanliness of the salons you frequent. Also Read - 5 Reasons Why You Should Add Coconut Oil in Your Daily Haircare Regime

In 2012 the Dept. of State inspections found that roughly “19 percent of nail salons were cited for sanitary violations” and “13 percent were cited for unlicensed practitioners.” The Office of the Public Advocate’s observations revealed that several salons reused nail files and did not sanitize foot baths properly in between pedicures.

The book “Death by Pedicure: Dirty Secrets of Nail Salons” reported that 75 percent of U.S. nail salons do not follow their state’s guidelines for disinfecting nail equipment. Minimal sanitary standards and unlicensed professionals, who are uneducated in proper sanitary practices puts customers at risk for staph infections, hepatitis or other bacterial infections.

In addition to the salon’s hygienic practices, the report highlighted safety issues with the nail products that affect both nail technicians as well as consumers. There are more than 10,000 chemicals found in nail products, but only 11 percent have been reviewed for product safety.

The policy report reaffirms the effects of the toxic trio: Toluene, formaldehyde and dibutyl phthalate. These chemicals are commonly found in nail products and have been shown to cause reproductive and respiratory harm as well as cancer. China Glaze, OPI and Revlon have already removed this trio from their formulas.

The general lack of knowledge of the chemicals contained in nail products puts consumers and nail technicians at risk for short and long-term health issues.

In New York State there are over 5,000 nail salons and only 27 Department of State inspectors reviewing nail salon practices. NYC alone has an estimated 2,000 licensed nail salons, creating an obvious challenge for the state to maintain safety policies.

Fortunately, Bronx Borough President Ruben Diaz Jr is pushing for legislation to create a letter grading system and a customer bill of rights to ensure that proper sanitary standards are met. The system would be similar to the one used for city restaurants.

Diaz Jr said he hopes to create, “a five-borough system where we can give comfort to the consumer that the establishment they’re walking into is one that is safe; one where you speak of hygienics, it’s a place where they don’t worry about getting hepatitis, fungus, staph infections.”

For now we can take comfort in the fact that there is a proposal on the table to push NYC nail salons to conform to basic sanitary standards issued by the state. Until you find a salon with a big letter A stamped on the front, be cautious of the salons you chose for your next mani/pedi, be vigilant and ask questions about the salon’s sanitary practices.