Music can be thought of as a holistic approach to healing—a familiar song can stir up memories of a once forgotten past, transporting you to that reminiscent place and time. Simple melodies elicit feelings of joy and laughter or sometimes pain and sorrow. 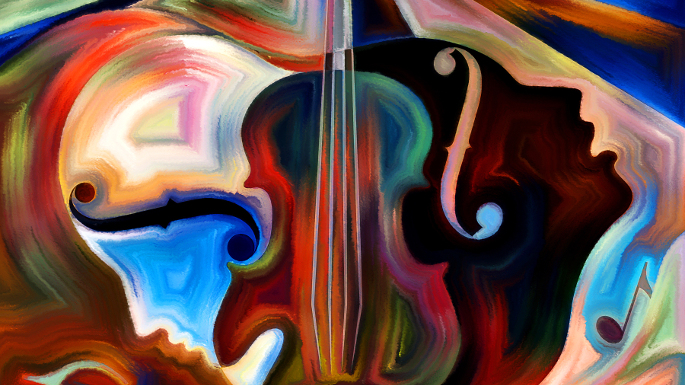 Also Read - Diabetic? Include Rajma In Your Diet Today | Here's Why

Music can be thought of as a holistic approach to healing—a familiar song can stir up memories of a once forgotten past, transporting you to that reminiscent place and time. Simple melodies elicit feelings of joy and laughter or sometimes pain and sorrow. Also Read - Weight Loss Tips: 6 Popular And Effective Ways to Do Intermittent Fasting

When the body receives signals of pain, it affects us physically, mentally, emotionally and even spiritually. Music reaches all levels of consciousness and promotes healing through sound and reactionary behavior. Also Read - What if Your Child has OMICRON? WHO Expert Reveals Symptoms And Diet For Children

Researchers at Massachusetts General Hospital reveal that chronic pain is a disease of the brain. Music can elevate and uplift our mood, causing a secretion of hormones that determine how we process pain. Our minds can be influenced by the sounds of music and give us the power to self-heal.

Before music therapy became a profession in modern society, it was a method of ancient healing. Shamanic healers, North Asian spiritual-workers, used music to cure diseases and to create spiritual awakenings in their villages.

Greek philosopher Pythagoras coined the term “musical medicine,” and discovered that the seven keys of the Greek music system had the power to control various human emotions. Although it wasn’t called music therapy at the time, these ancient healers and philosophers were using music in the same way modern day doctors use medicine to treat patients.

Music therapy was officially recognized during World War II, with the establishment of an Army Reconditioning Program. The military acknowledged music as a form of therapy for its soldiers.

Today, more than 70 college campuses across the country have music therapy programs and treat patients with chronic illnesses.

There are over 5,000 certified and licensed music therapists in U.S. companies, such as Music Corps, which offers rehab programs for wounded soldiers and teaches them how to play instruments and write music while recovering from severe injuries. Soldiers suffering from PTSD and traumatic brain injuries have shown significant improvement through Music Corps programs.

The United States is not the only country that recognizes the healing benefits of music—The Indian Association of Music Therapy in India represents working professionals in the field of music therapy.

From researchers to scientists and musicologists, the IAMT aims to establish music as a drug and its use as a cure for disorders and in rehabilitation. Countries world over have music therapy programs tailored to meet the needs of its patients.

A growing number of health studies reveal that music helps in the healing process.

For example, listening to music severely reduces anxiety and stress levels, normalizes blood pressure and heart rate. Expectant mothers, also use music as a way to soothe their fetus and prepare for a labor. Breathing exercises along with calming music create a rhythmic pattern for both mother and baby to focus on during pregnancy and delivery.

While the healing power of music might seem questionable to some, there is no doubt of music’s universality—it knows no boundaries, does not discriminate and is a world language.

Alternative therapies such as meditation, homeopathy, Ayurveda, acupuncture, and music therapy are becoming more popular with time.People are now rediscovering the inherent power they possess to control their health. All forms of art are in some ways forms of therapy: art, movies, music, and fashion.

In own special ways, we use art to find happiness and comfort. A happy person is a healthy person, science certainly can not argue with that.