Why do we Develop Allergies in Adulthood?

A few months ago when I started developing a “Hitch-like” allergic reaction to a lip balm I had been using religiously for years, I started to panic. 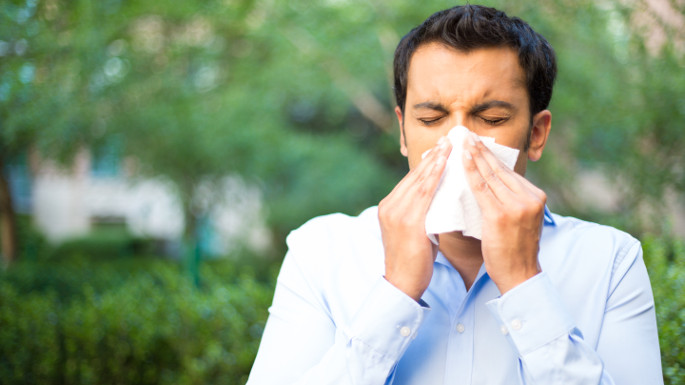 Also Read - 'Is Being a Muslim Crime in India?' Asks Twitter As Netizens Demand Release of Dr Kafeel Khan With #DrKafeelKhanKoAzaadKaro

A few months ago when I started developing a “Hitch-like” allergic reaction to a lip balm I had been using religiously for years, I started to panic. Also Read - Maharashtra Man Stabs Doctor in Chest, Neck & Hand After Death of Covid-19 Positive Mother

By age 24, you would think I had a handle on my body and its thrilling array of issues and ailments, but I had never been afflicted with any allergies before. My physicians confirmed that I wasn’t the only adult experiencing an allergy induced facial edema. Also Read - Want to Live a Healthy Life? Have Sex Once a Week

Adult onset allergies are on the rise, with 1 in 5 Americans suffering from indoor, outdoor, food, drug, insect, skin and latex allergies according to the Asthma and Allergy Foundation of America.

Many researchers attribute the prevalence of adult allergies to our (literally) squeaky-clean first-world upbringings, marked by a fascination with hand sanitizer, an abundance of clean water and food, and increased use of antibiotics.

As a result of these prime living conditions we are exposed to fewer challenges as babies and young children, and thereby develop imbalanced immune systems, causing our bodies to overreact to harmless substances.

While the “Hygiene Hypothesis” is widely accepted, there has not been enough scientific evidence to consider this hypothesis the basis of a prevention or treatment strategy.

Other researchers believe previous exposure to allergens is to blame for adult allergies. You could have been exposed to certain allergens as a child, which now trigger such mild allergic reactions your allergy went unnoticed until adulthood.

Dr. Deborah Pockross, M.D., a physician at Kenilworth Medical Associates, cites indoor pollution and lifestyle changes as the cause.

And time spent routinely indoors can also be another probably cause affecting allergic reactions in adults.

”People in the U.S. and other developed countries spend more than 90 percent of their time inside,” Dr. Andrea T. Borchers said at the rheumatology, allergy and clinical immunology division at the University of California, Davis School of Medicine. ”Indoor environments, which have become increasingly airtight, and in food and water, we are exposed to thousands of organic and inorganic substances such as volatile organic compounds, phthalates and pesticides, to name just a few.”

Genetic predisposition could also be a factor, as 30 to 40 percent of the population inherits a predisposition to allergies, Dr. Blaiss, past president of the American College of Allergy, Asthma and Immunology, shared.

As many other physicians and researchers admit, it is challenging to pinpoint one cause as the root of your sudden development of allergies. “I don’t think anyone knows what tips people over,” Dr. Blaiss said.

During adulthood changes in environment could be factors sending people over the edge. Relocating to a new neighborhood with different trees and plants, getting a pet, or being exposed to allergens when your immune system is weakened can cause an allergy to flare up.

While your body’s reasons for developing these pesky allergies might be unclear, the symptoms tend to be the same—swelling, teary eyes and stuffy nose.

Your body’s allergic reaction happens when the immune system is exposed to a substance that it mistakes as harmful.

This allergen causes the production of antibodies called immunoglobulin E, which then attach to certain cells, causing the cells to release the chemical histamine. The histamine causes many day-ruining symptoms like the red, watery eyes, inflammation, sneezing, and a runny nose.

Regardless of the cause, visit your doctor as soon as you experience allergy symptoms.

Request an allergy test if you are not able to identify what triggers your reaction. There are few tests to help you confirm your allergy source, including blood tests that check for special forms of immunoglobulin E or a patch skin test that exposes your skin to small amounts of different allergens.

For food allergy testing, you can take part in an elimination diet, giving up certain foods and reintroducing them into your diet to see how your body reacts.

If those tests prove to be fruitless you can rely on the “Hitch” method of allergy coping with the pink cure-all pill, Benadryl. We recommend you stick to the dose on the back of the bottle though, and maybe stay away from a love interest during your Benadryl induced coma.