Part 1: I am experiencing bouts of pain. Right when I think I am coping with it better, some or the other incidence rushes right back into my memory and breaks me apart. One such memory I am sharing with you all… because it is said that the more you share your grief, the less it hurts. I have always been told by my family members that Mom and Dad wanted a son, more so because Mumma’s first child was a son and she had lost him at the tender age of one and half. I never got to meet my first sibling. But mom and dad were very hopeful for a second son…. they made a sankalp (mannat) and started praying to Maa Bhagwati for straight 2 years. They fasted, they meditated, they did puja, hawan and went to spiritual places and met spiritual people. But then I was born, on a Diwali day…. Mumma considered me very lucky and often called me Lakshmi Ji. They continued with their Sadhna, and a year later my little brother was born. Right from the beginning he was a charmer, he mesmerized everyone with his beautiful smile and twinkling eyes. So, this little one was my “Pithiya”. This is a term used in colloquial Hindi to signify the one who comes right after you. Mumma believed that I was the cause of his much-desired arrival into our lives and I accepted the honor whole heartedly. I was very protective about my little brother because I felt I was responsible for bringing him to this earthly plane. We were always time together, We played, danced, studied, did all sorts of mischiefs, ate, slept, did everything together so much so that people forgot we were 2 separate individuals, they even called us “Gudia-Gulshan” as if we were a single entity (Bhai’s nick was Gulshan and mine Gudia) And when we started going to school, we had to go to different classes. Bhai’s Nursery and my prep classes were in same building so we managed our 1st year of school pretty well. But then my UKG class was in a different building and his prep classroom remained in the same building, so we got separated. One day after lunch break was over I saw Bhai in my classroom, in my building. We were just 4/5 year olds then. #BhaikikahaniBehankizabani #Downthememorylane #LuvuBhai

Part 2: I was completely shocked and as well as happy to see him and asked him how he got there, because his building was at-least half a kilometer away. He told me that he was feeling alone and anxious and wanted to be with me. I pondered for while thinking how adventurous and courageous he was to escape his building with a watchman and then walking half a kilometer and entering my building right under a watchman’s nose and finally finding my class and me. I found his explanation of running away from his building pretty viable as I knew that feeling, When I was dropped off at the school for the first time, I kept crying and asking Dad not to leave me, “Please don’t leave me here alone” that feeling… initial anxiety to be separated from family members and be somewhere where you don’t know anybody. And as a 5 year old protective big sister, I assured him that he can be with me. First, I tried to hide him in between me and my friend, but somehow my class-teacher noticed him while taking attendance. I was myself a little scared, but to protect my little brother, I stood up and told her that he is not feeling well and asked if he could stay with us until dismissal. To my amazement, the teacher agreed and we were so happy, but little after 2 periods as the social norm will have it, he was sent back to his building but by that time we have had so much fun that all of his anxiety were gone. Fast forward in 2007, I remember the day when I got married and as I was leaving, Bhai hugged me tight and we cried a lot. Physically we won’t stay together anymore, we won’t get to see each other that often anymore as I was moving to USA. Both of us got too busy with our lives. Bhai got into Bollywood and kept making us all proud with his accomplishments but I remained protective about him. I would often ask him to come and visit me in the US so that we can relive our childhood once again away from all the noise. I only wish I could have protected him from everything….I still wish I will wake up to see my Bhai… just right next to me and will realize this whole episode was just a nightmare and nothing more. #BhaikikahaniBehankizabani #Downthememorylane #LuvuBhai 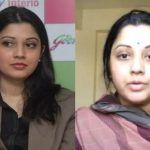 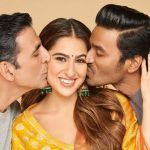