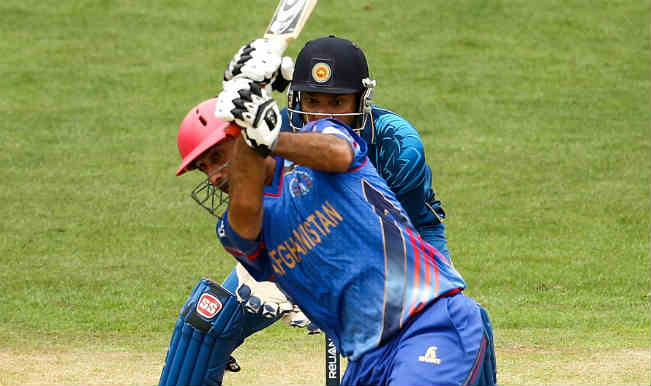 Watch the fall of wicket as Asghar Stanikzai has been dismissed for 54 off 57 balls by Rangana Herath in the Sri Lanka vs Afghanistan, ICC Cricket World Cup 2015 Match 12 at University Oval in Dunedin on Sunday. Asghar Stanikzai smashed his fifth half-century in One-Day Internationals (ODIs) before being dismissed. Stanikzai shared 88-run stand for the third wicket with Samiullah Shenwari. Stanikzai trying to go over long-on, ended up hitting it to the fielder, Jeevan Mendis, placed there. You can watch the video dismissal of Asghar Stanikzai’s wicket on official website of Star Sports ie starsports.com here. Also Catch: You can also Catch LIVE UPDATES of SL vs AFG match here

Nawroz Mangal was the first wicket to fell for Afghanistan after Sri Lanka opted to bowl first. Mangal after being dropped early on, fell to Sri Lankan captain Angelo Mathews. You can watch the video dismissal of Nawroz Mangal’s wicket here. His partner Javed Ahmadi got off to a flying start, but he too fell in process of scoring quickly. You can watch the video dismissal of Javed Ahmadi’s wicket here. Catch LIVE UPDATES of SL vs AFG match here