Both Asian nations are not big sides but Bangladesh still holds an advantage with their vast experience after being on tour for years while associate nation Afghanistan is still in nascent stage. 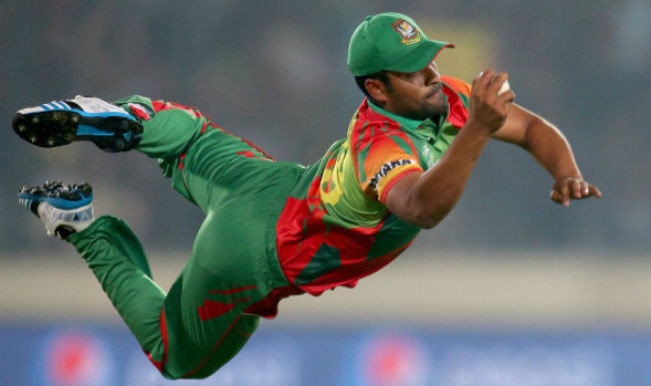 Watch the live streaming of match 7 between Bangladesh and Afghanistan in ICC Cricket World Cup 2015. The Wednesday match of Group A fixture will be played in Manuka Oval, Canberra, starting at 8.30 am IST (3.30 GMT). The live coverage and telecast of the match is on Star Sports and Star Sports HD for Indian viewers. One can catch the free live streaming of BAN vs AFG, match 7 on the Official Website of Star Sports www.starsports.com here. Also Read - Played 2015 ODI World Cup With a Broken Knee: Mohammed Shami

The ICC World Cup 2015 meeting will be the only second time Bangladesh and Afghanistan are playing each other. The last time they played was almost year ago in the Asia Cup on March 1, 2014 with Afghanistan beating Bangladesh by 32 runs.  Almost a year later Masrafe Bin Mortaza and his Bangla tigers would like to cash in other chance of getting the revenge from the same opponents in cricket’s biggest event. Also Catch: Live Cricket Score Updates Bangladesh vs Afghanistan, ICC Cricket World Cup 2015, Match 7 here.
Also Read - ICC Cricket World Cup 2011: Sachin Tendulkar tastes maiden World Cup triumph!

Both Asian nations are not big sides but Bangladesh still holds an advantage with their vast experience after being on tour for years while associate nation Afghanistan is still in nascent stage. Bangladesh and Afghanistan are placed in Group A with five other teams – Australia, England, New Zealand, Sri Lanka and Scotland. Must Read: Match Preview – Afghanistan aim for impressive World Cup debut against Bangladesh. Also Read - My Career Has Never Been Stable, Always Up And Down: Umesh Yadav