Gayle had earlier failed against minnows Ireland in the opening match, which was eventually won by Ireland to register a historic victory. 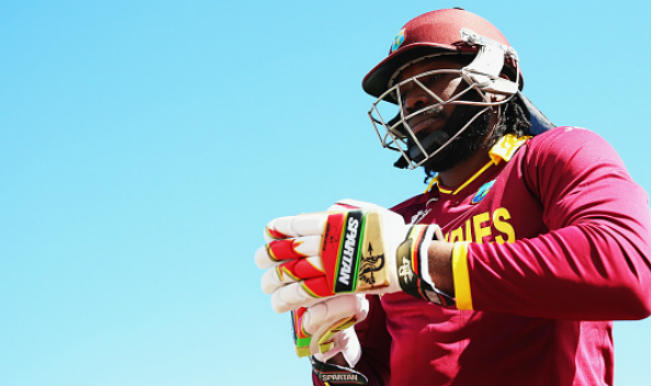 The dangerous batsman in any format of the game, Chris Gayle’s search for good form continues after he was dismissed cheaply in second ICC Cricket World Cup 2015 match against Pakistan. On the damp wicket of Hagley Oval, Gayle was done in by towering Mohammad Irfan’s delivery, which Gayle to pull but was way too quick for him to take control of and instead resulted in the top edge that was well taken by Wahab Riaz at the long leg. One can catch the full video highlights of Chris Gayle’s dismissal on the official website of Star Sports here. Also Read - PK-W vs WI-W Dream11 Team Prediction, Fantasy Tips Pakistan Women vs West Indies Women 3rd ODI: Captain, Vice-Captain, Probable Playing 11s - Pakistan vs West Indies, Team News For Today's ODI at National Stadium 10:30 AM IST November 14 Sunday

The wicket of Chris Gayle was a bit surprising especially after he saw his partner Dwayne Simth get a lifeline when Nasir Jamshed dropped a dolly just the previous delivery. Gayle had played fourteen deliveries for his four runs in the Match 10 as he departed in the fifth over with these figures Chris Gayle c Wahab Riaz b Mohammad Irfan 4 (14b) SR: 28.57. You can catch LIVE UPDATES of the PAK vs WI match here Also Read - It Hurt Too Much: AB de Villiers Recalls Losing to NZ in 2015 WC

Gayle had earlier failed against minnows Ireland in the opening match, which was eventually won by Ireland to register a historic victory. Also Catch: How to watch the Live Telecast and Streaming of Pakistan & Bangladesh Cricket World Cup 2015 matches.

Pakistan captain Misbah-ul-Haq invited West Indies to bat first after winning the toss. Both Pakistan and West Indies have lost their opening matches against India and Ireland. Playing their second Group B fixture in Christchurch, both the sides are looking for a win to get their scratchy campaign back on track. Also Catch: Pakistan vs West Indies, ICC Cricket World Cup 2015 Group B, Match 10: Live Scoreboard and ball-by-ball updates.