Dwayne Bravo and Kieron Pollard were not victimised: Clive Lloyd

It was not easy to leave out those two guys. It is a discussion that went on and on and in the end we thought that we have so many all-rounders 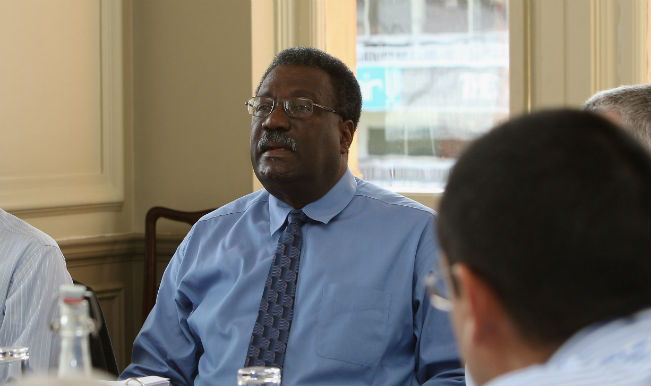 Kingston (Jamaica), Jan 13: West Indies chief cricket selector Clive Lloyd has said the omission of Dwayne Bravo and Kieron Pollard from the ICC Cricket World Cup 2015 squad is no act of victimisation for their roles in the controversial abandoned tour of India. Both Bravo and Pollard were not named in the 15-man squad announced to contest the World Cup which bowls off in Australia and New Zealand Feb 14, reports CMC. Also Read - IPL 2022 Retention: No Hardik Pandya; MI Likely to Retain Rohit Sharma, Suryakumar Yadav, Jasprit Bumrah And Kieron Pollard Ahead of Auction

Speaking on Sportsmaz Zone Monday night, Lloyd the chairman of selectors, defended the decision not to select the two Trinidadian cricketers, insisting that it was not victimisation and that it was time to try something different. “There was two days of discussions with the three others selectors and the captain and there were very strong arguments for the players and we came out with what we thought was a pretty good team,” Lloyd explained. Also Read - India to Host T20 World Cup, 50-Over World Cup and Champions Trophy As ICC Release Tournament Schedule | SEE FULL LIST

“It was not easy to leave out those two guys. It is a discussion that went on and on and in the end we thought that we have so many all-rounders. We were trying to see if we can introduce some new faces and as far as I am concerned I think we have a good all-round one-day side.”

“Let people understand that we have been at the bottom rung of the ladder for the last eight years or more with the same players, recycling people all the time,” Lloyd said.

“The point is that now we tried to see if we can change things. It is obvious picking a West Indies team is not easy. If you look at the stats of our players, they are not wonderful so we will be picking players averaging 20, 25, some even 19…We starting from scratch.”

Like the squad in South Africa, the World Cup unit will be skippered by rookie fast bowler Jason Holder who featured on the tour of India last October and who has played just three Tests and 21 ODIs, replacing Bravo who took over from Darren Sammy in May, 2013.

St.Vincent and the Grenadines Prime Minister Ralph Gonsalves, who brokered an agreement between the players, the WICB and players union, WIPA, in the wake of the abandoned tour, claims that the omission of Bravo and Pollard “reeks of village vengeance, discrimination and victimisation” and slammed the decision as “glaringly (lacking) cricketing merit”.

But according to Lloyd, the former West Indies captain: “It is not a situation where these guys have been wiped away. They have a chance at playing for the West Indies again. We have a new captain and hopefully he will get the support that is needed and we can put in a very good performance.”