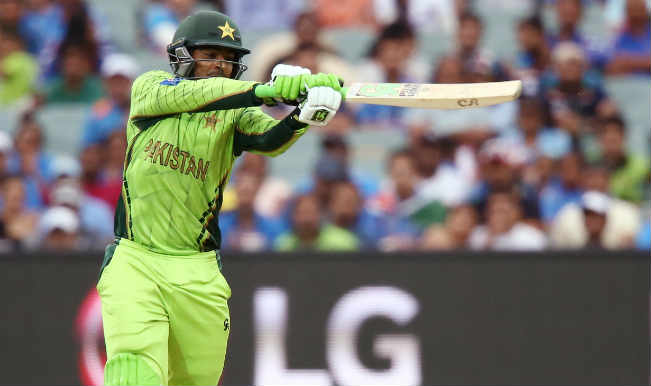 It was Nasir Jamshed, who was the first wicket to go for Pakistan. Watch Watch video dismissal of Nasir Jamshed.  After him Ahmed Shehzad too was dismissed without troubling the scorers. Watch Watch video dismissal of Ahmed Shehzad. Both openers once again failed to contribute and Pakistan once again were in all sorts of trouble early on. Pakistan won the toss and opted to bat first. Younis Khan has been left out from the playing XI and fast bowler Rahat Ali has been included. Sarfarz Ahmed continues warm the bench as Umar Akmal will keep wickets. Pakistan have lost both matches and are bottom placed on points table in Group B. Also Read - Played 2015 ODI World Cup With a Broken Knee: Mohammed Shami