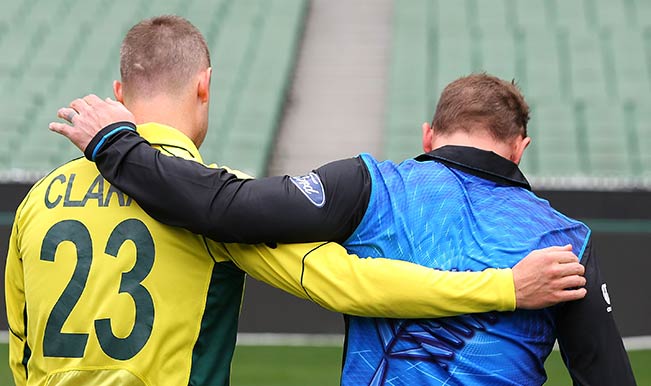 Australia and New Zealand final it is in the 2015 World Cup final and it is one that quite a few punters had predicted. Brendon McCullum will look at this chance of being the first captain from his country to lift the World Cup crown  while Michael Clarke will be looking to earn his second World Cup medal and bow out of One-Day Internationals (ODIs) in a blaze of glory. It  is uncertain whether the batting or the bowling attack will alter the nature of the contest. In the earlier fixture, it was the ball that did the talking as Trent Boult and Mitchell Starc, whose brilliance came in the limelight. It could well be the two teams batting’ this time around that could alter the result of the fixture.

How to Watch Live Streaming in Pakistan and Bangladesh: Ten Sports, PTV and Gazi TV The 2015 Cricket World  Cup is telecast on PTV in Pakistan. For coverage for  Pakistan viewers, The  Live Streaming of the Australia vs New Zealand World Cup semifinal match can be found here. The live telecast is also available on Ten Sports and the coverage can be found here. For Bangladesh viewers, the Gazi TV has been proving the coverage of the World Cup and the World Cup final match can be viewed on Gazi TV here.