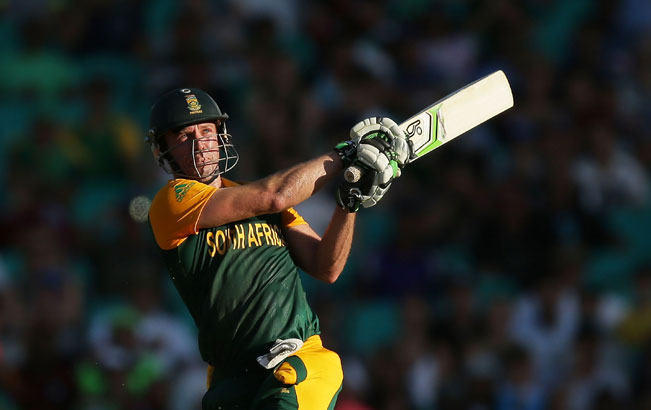 Also Read - COVID Alert: All About South African Coronavirus Variant That Has Travelled to UK

South Africa is set to take on Ireland in ICC Cricket World Cup 2015 Match 24 at the Manuka Oval in Canberra on Tuesday. Here is a guide on how to watch the Group B SA vs IRE encounter in India, Pakistan, Bangladesh, South Africa, Ireland, Australia, New Zealand and USA. Both the sides – South Africa and Ireland go into the match with two wins each in the group stage already. Both look well placed to qualify through to the next round. Also Read - Cricket is Literally a Religion in India And South Africa: Sune Luus

2. For viewers in Pakistan – PTV Sports: Even as Pakistan’s start to the World Cup hasn’t been great, the country has enough cricket loving fans who would like to catch the live action of the other matches in the World Cup and especially Group B where South Africa is set to take on Ireland. Pakistan viewers can watch the live telecast of the match on and also watch the free live streaming here on official website of PTV Sports from 6.30 AM IST. (Also Read: South Africa vs Ireland: Top 5 Players to Watch Out For)

3. For Viewers in Bangladesh – Gazi TV: Bangladesh has one of the biggest fan following in cricket after India and Pakistan. Bangladesh viewers would be glued on to their TV sets and internet to catch the live action of South Africa vs Ireland match. The match will be telecast live on Gazi TV as well as the official website of Gazi TV here for the live action.

6. For Viewers in USA – ESPN: For the viewers based out of USA, you can watch the South Africa vs Ireland match in on ESPN. Watch the live streaming and coverage of ICC Cricket World Cup 2015 matches on the official website of ESPN here.

Fox Sports and Nine Network will telecast the live action of the Soutyh Africa vs Ireland matches in Australia while Sky Sports will be doing the live coverage in New Zealand. The live streaming, ball-by-ball commentary and live scoreboard is provided by Official Website of ICC.