How to watch the Live Telecast and Streaming of Pakistan & Bangladesh Cricket World Cup 2015 matches in India, Pakistan, Bangladesh and USA? 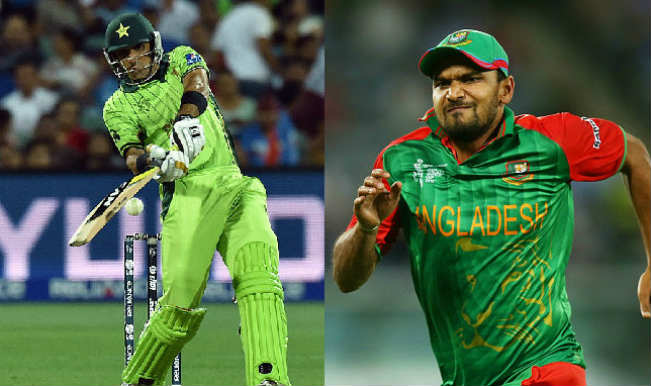 Cricket is considered religion in India but the same passion is shared by other Asian nations where cricket remains to be number one sport. Cricket has a massive fan following in countries like Pakistan and Bangladesh. And in the ongoing cricket’s biggest tournament ICC Cricket World Cup 2015, Pakistan and Bangladesh have begun their campaign with maddening crowd support. With Pakistan’s second match against West Indies and Bangladesh taking on Australia, the religious followers of both nations, around the world, especially in other countries like Australia and USA are pondering over the live streaming and telecast of Pakistan and Bangladesh 2015 Cricket World matches. So in order to catch the live coverage of the match and get ball-by-ball update, we bring to you the various websites doing live coverage of the match. Also Read - PK-W vs WI-W Dream11 Team Prediction, Fantasy Tips Pakistan Women vs West Indies Women 3rd ODI: Captain, Vice-Captain, Probable Playing 11s - Pakistan vs West Indies, Team News For Today's ODI at National Stadium 10:30 AM IST November 14 Sunday

For viewers in Pakistan – PTV Sports

PTV Sports offers free online live streaming free online (for Pakistan viewers only) for all the Pakistan featuring matches in ICC Cricket World Cup 2015. They even showed the warm-up matches of Pakistan against Bangladesh and England. One can watch Pakistan vs West Indies as well as rest of Pakistan matches here on official website of PTV Sports.

For Viewers in Bangladesh – Gazi TV

Gazi TV Bangla is a new private satellite TV channel telecasting from Bangladesh. They will be doing the live streaming and Live commentary of all the matches throughout the ICC Cricket World Cup 2015. Fans based out of Bangladesh can check the official website of Gazi TV here for the live action to watch Bangladesh vs Australia match.

For Viewers in Australia – ESPN

With Australia skipper Michael Clarke retunring in the side for second match against Bangladesh, it will be tough match for Mashrafe Bin Mortaza’s side. They would be going in with the aim to win the second match on trot in 2015 Cricket World Cup. The live action of Australia vs Bangladesh can be watched live with official broadcaster in Australia, Nine Network. One can catch the live streaming and coverage on the official website of Nine Network.

For Viewers in USA – ESPN

For the viewers based out of USA, one can catch the Pakistan vs West Indies and Bangladesh vs Australia matches in the 49-match fixtures tournament on ESPN. Catch the live streaming and coverage of ICC Cricket World Cup 2015 matches on official website of ESPN here.

For hosts Australia, it is and Fox Sports and Nine Network while Sky Sports does live coverage in New Zealand. The live streaming, ball-by-ball commentary and live scoreboard is provided by Official Website of ICC. Hopefully, each one of us catches the most thrilling match of the year and set new records in terms of viewer ship. Get, Set and go for India vs Pakistan clash!