While India has already qualified for 2015 quarterfinals, Ireland seeks two points to make to the knockout stage. 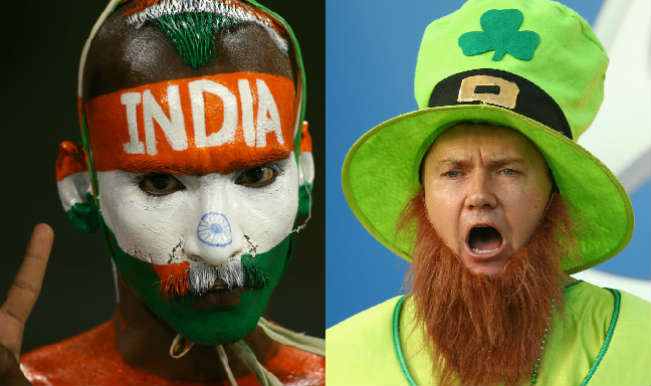 Defending champions India will play their first match on New Zealand soil against Ireland in Match 34 of ICC Cricket World Cup 2015 completing their Australian leg of the group phase successfully. The Group B fixture clash, India vs Ireland will take place at the Seddon Park in Hamilton. While India has already qualified for 2015 quarterfinals, Ireland seeks two points to make to the knockout stage. As MS Dhoni and Williams Porterfield sides prepare themselves for the much awaited clash, take a look at the various options of catching the live action and live streaming of the Match 34 of 2015 Cricket World Cup, IND vs IRE in India, Pakistan, Bangladesh, England, USA and other countries. MUST CATCH Live Score Updates India vs Ireland, ICC Cricket World Cup 2015 Match 34. Also Read - Ravi Shastri Hints at Stepping Down as India Head Coach After T20 World Cup, Says 'Never Overstay Your Welcome'

For viewers in India – Star Sports, Official Channel Partner: MS Dhoni’s Team India has already made to quarterfinals comfortably and most likely to meet Bangladesh but they would want to challenge themselves playing in New Zealand condition for first time in tournament. Star Sports network that is exclusively bringing the live action for the million cricket-frenzy fans in India. They will be doing the live coverage of all the 49 matches on Star Sports 1, Star Sports 2, Star Sports 3, Star Sports HD. Apart from the option of watching live cricket on television; Star Sports allows the users to catch the match on its official website www.starsports.com. Also Read: 2015 Cricket World Cup Leading Wicket-takers: List of Top Bowlers of WC 2015. Also Read - Hope Virat Kohli Wins T20 World Cup & Signs Off as India T20I Captain on High: Dilip Vengsarkar

For Viewers in Bangladesh – Gazi TV: Bangladesh would be keen to follow India’s last two matches as they are most likely to lock horns with Team India in quarterfinals. India vs Ireland can be watched online on Gazi TV Bangla, which is a new private satellite TV channel telecasting from Bangladesh. They will be doing the live streaming and Live commentary of all the matches throughout the ICC Cricket World Cup 2015. Fans based out of Bangladesh can check the official website of Gazi TV here for the live action to watch IND vs IRE match.

For viewers in Pakistan – PTV Sports: Pakistan cricket fans would keenly follow India vs Ireland clash as they meet Ireland next in the tournament. PTV Sports offers free online live streaming free online (for Pakistan viewers only) for all the matches in ICC Cricket World Cup 2015. One can watch IND vs IRE here on official website of PTV Sports.

For Viewers in USA – ESPN

For the viewers based out of USA, one can catch the India vs Ireland match in the 49-match fixtures tournament on ESPN. Catch the live streaming and coverage of ICC Cricket World Cup 2015 matches on official website of ESPN here.

For hosts Australia, it is and Fox Sports and Nine Network while Sky Sports does live coverage in New Zealand. The live streaming, ball-by-ball commentary and live scoreboard is provided by Official Website of ICC. Hopefully, each one of us catches the most thrilling tournament of the year and set new records in terms of viewership. Also Read: ICC Cricket World Cup 2015 Schedule: Complete Fixtures & Time Table of all Cricket World Cup 2015 Matches.