Watch the video highlights of the fall of wicket of Ian Bell who is dismissed by Suranga Lakmal in the Sri Lanka vs England, ICC Cricket World Cup 2015 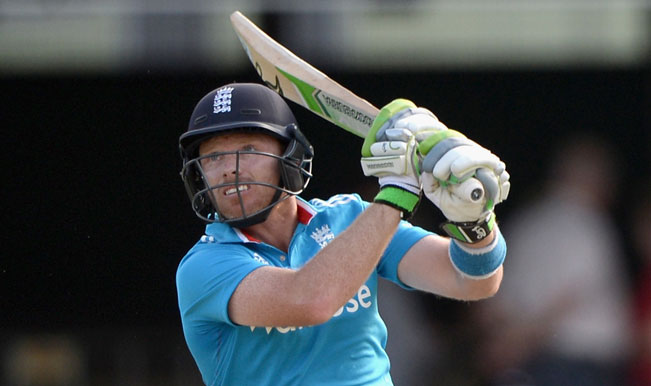 Earlier, England skipper Eoin Morgan won the toss and elected to bat. They got off to a good start with the opening pair of Moeen Ali and Ian Bell putting on a half-century stand. However, following the dismissal of Moeen Ali, they lost two more wickets in quick succession. Ian bell missed out on a well-deserved half-century as he dragged the ball back on to the stumps to reduce England to 101 for three and put Sri Lanka back in command of the match. Watch the Free Live Streaming of the match here Also Read - Vision of US For Sri Lanka Very Different From ‘Predator’ China, Says Pompeo