Watch how the Australian spin wizard turned the game head-on with these three deliveries. 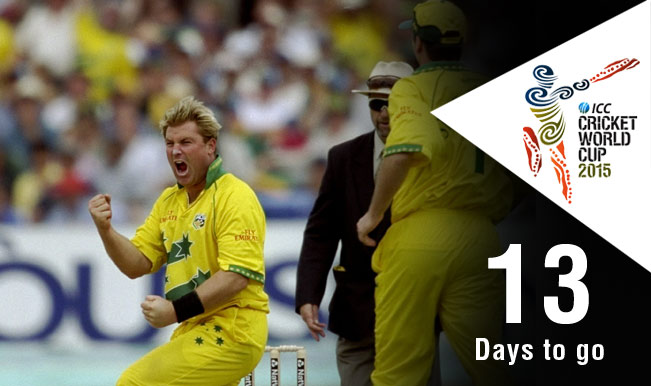 Chasing a paltry target of 213, South Africa got off to a fine start without losing a wicket in 12 overs. Herschelle Gibbs had already hit six fours and was looking solid on 30, but it was Warne’s classical leg-spin that perplexed the right-hander. Warne’s delivery spun from leg to clip the top of off-stump and provided his team a vital breakthrough. In Warne’s next over, Gary Kirsten – looking for a sweep – fell to a similar sort of delivery, which drifted from off to leg. And then two balls later Warne removed South African Captain Hansie Cronje. Also Read - Sidhu, Mongia Find Place Alongside Captain Ganguly and Tendulkar in Warne's All-Time India XI

Watch how the Australian spin wizard turned the game head-on with these three deliveries.