Cricket fans across the country will continue to be able to view the World Cup matches involving India on public broadcaster Doordarshan's national channel as the Supreme Court on Tuesday extended its interim order for telecast of live feed of the matches by the Star TV on the channel. 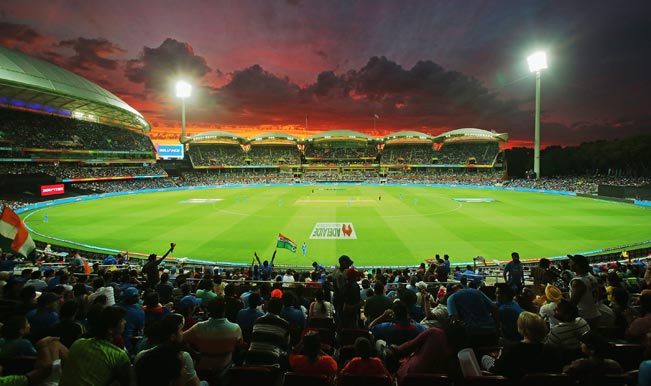 New Delhi, Feb 17: Cricket fans across the country will continue to be able to view the World Cup matches involving India on public broadcaster Doordarshan’s national channel as the Supreme Court on Tuesday extended its interim order for telecast of live feed of the matches by the Star TV on the channel. The court also asked Prasar Bharati to respond to Star TV’s suggestion to create a separate channel, as Prasar Bharati did for the telecast of sporting events at Glasgow Commonwealth Games, to carry the live feed of cricket matches provided by it. Also Read - Stick to Official Sources, Avoid Misinformation: Supreme Court Tells Media Outlets

The court earlier stayed the Delhi High Court order that barred Doordarshan from sharing the live feed of the Cup matches with the cable operators, provided to it by Star TV, Feb 10. The Delhi High Court Feb 4 had barred Doordarshan from sharing the live feed. The apex court bench of Justice Ranjan Gogoi and Justice Pinkai Chandra Ghose, while directing a further hearing of the matter Thursday, asked Star to indicate the quantum of advertisement revenue it was losing on account of Doordarshan relaying its live feed on the Cup matches through cable operators. ICC Cricket World Cup 2015 Schedule in IST: Time Table, Fixture & Venue Details of all WC 2015 Matches.  Also Read - Ramayan Sparks Feminism Debate as Twitterati Express Their Anger in Memes, Here's Why

Addressing the court, Attorney General Mukul Rohatgi said that by virtue of two statutes – the Sports Broadcasting Signals (Mandatory Sharing with Prasar Bharati) Act, 2007 and the Cable Television Networks (Regulation) Act, 1995 – it was mandatory for the Prasar Bharati to get the live feed of India-centric matches and that of the semi-final and final of the world cup. Rohatgi said that to get the live feed of the India-centric matches of national importance and to relay them through cable network was the entitlement of law.

“This is a case of absolute stay and there can be no tinkering” with the statutory provisions by the high court, Rohatgi said adding that Star TV expects Prasar Bharati “to create another so that you (Star TV) save another Rs.40 to Rs.45 crore” and the same was not possible. The attorney general said the existing position was continuing since 2007 and in all there were three to four India-centric matches, if India keeps winning, plus semifinal and the final of the World Cup. ICC Cricket World Cup 2015 – Full Points Table.

Referring to the provisions of the two statutes, Rohatgi said the statutory right to live feed vested in Prasar Bharati was balanced by a revenue-sharing provision under which Star TV gets 75 percent of the advertisement-collection by Prasar Bharati. Appearing for the Star TV, senior counsel P. Chidambaram told the court that they have no objection if Prasar Bharati carried its live feed of cricket matches on its network without sharing it with private cable operators.

Chidambram said Star had paid BCCI Rs.3,851 crore for telecasting rights in the sub-continent for six years and paid another Rs.13,000 crore to ICC for getting telecasting rights. All that costs per subscriber is 44 paise per match. Opposing Prasar Bharati sharing its live feed with private cable operators, Chidambram said: “You give it to Cable operators who in turn directs to its subscribers. You are profiting a private cable operator at my cost.”

The court was told this in the course of the hearing of a petition by the Centre and Prasar Bharati challenging the Delhi High court judgment that had barred public broadcaster Doordarshan from sharing the live feed of the cricket matches provided to it by Star with the cable operators. ICC Cricket World Cup 2015 Schedule: Complete Fixtures & Time Table of all Cricket World Cup 2015 Matches.