India is looking forward to maintaining their winning run. They have now won eight consecutive Cup matches, equalling their longest streak in 2003. 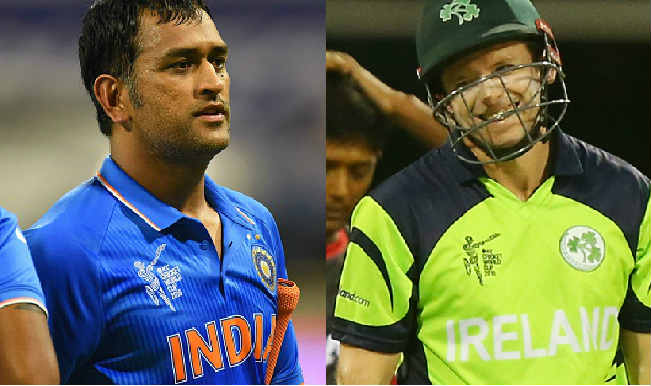 Team News – India: After completing their Australian leg of the group phase, India travel to New Zealand to play their last two World Cup Pool B matches, the first against Ireland at the Seddon Park on Tuesday. India are alien to New Zealand conditions, having played all their four matches in Australia and the minnows could try and make use of that. The Mahendra Singh Dhoni-led side would like to get used to the conditions, in case it plays its knockouts in Kiwi land. Watch India vs Ireland live streaming & score updates on Mobile.
India is looking forward to maintaining their winning run. They have now won eight consecutive Cup matches, equalling their longest streak in 2003. Indian batsman have come out good in quadrennial the tournament, but the West Indies match showed there is room for much improvement. Meanwhile, India’s bowling, traditionally considered their weak point, has gone from strength-to-strength and is looking impeccable. Seamers and spinners alike, they have been in top form and have been able bowl out the opposition in all four matches.

Team News – Ireland: The Irish team has been the most impressive and consistent among all Associate members with three wins in four matches. Though their only loss came against powerhouse South Africa, they have beaten two Test playing nations — the West Indies and Zimbabwe. To add to that they also beat another Associate, the United Arab Emirates. But to secure a spot, they would have to come out with the goods against the defending champions India, or later versus Pakistan.

Ireland’s batting has been splendid in this tournament with the entire line-up getting runs with opener Ed Joyce scoring the only century for their team in this World Cup against Zimbabwe. But Irish bowlers have not been as good as their batsmen, having been hammered for 300 plus totals thrice in four matches.

With India already qualified for the quarterfinals and South Africa also likely to join them, it will be an open fight between Ireland, Pakistan and the West Indies for the last two berths left in the pool. Inputs from IANS.