In the crucial tie for Ireland, William Porterfield and co. will face a power-packed Indian batting line-up that has been on a roll this tournament. 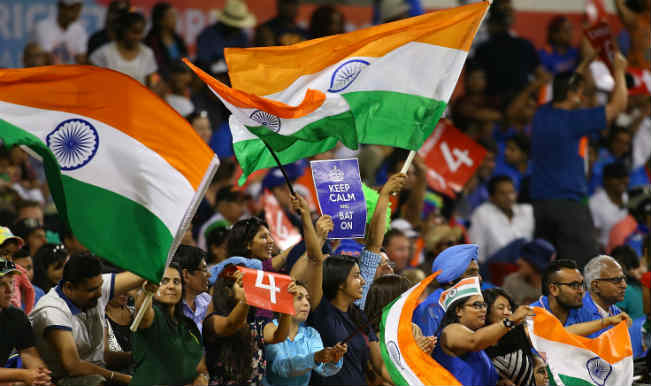 Watch the free live streaming and telecast of India (IND) and Match 34 of the ICC Cricket world Cup 2015 at Seddon Park in Hamilton on Tuesday. The Group B fixture clash India vs Ireland match will be telecast on Star Sports 1 and Star Sports 1 HD. The IND vs IRE match will also be telecast with Hindi commentary on Star Sports 3. You can also watch the IND vs IRE match online via free live streaming on the official website of Star Sports ie starsports.com here.  MUST CATCH Live Score Updates India vs Ireland, ICC Cricket World Cup 2015 Match 34. Also Read - Rahul Dravid Officially Applies For Team India Head Coach's Post; VVS Laxman Likely to Take Over at NCA

Defending champions India who have remained unbeaten in the tournament so far will take on gritty Ireland in their fifth match playing in New Zealand for the first time. The Mahendra Singh Dhoni-led side would like to get used to the conditions, in case it plays its knockouts in Kiwi land. The Irish team has been the most impressive and consistent among all Associate members with three wins in four matches. Also Read - IND vs PAK: Virat Kohli Reacts After Loss vs Pakistan in T20 World Cup 2021, Says Not Going to Press Panic Button

In the crucial tie for Ireland, William Porterfield and co. will face a power-packed Indian batting line-up that has been on a roll this tournament. Ireland would still hope to exploit the chink in armour displayed in India’s batting order by West Indies bowlers in the last match.