(India takes on Ireland in Seddon Park at Hamilton, New Zealand in Match 34. Get all the live score updates and commentary here.) 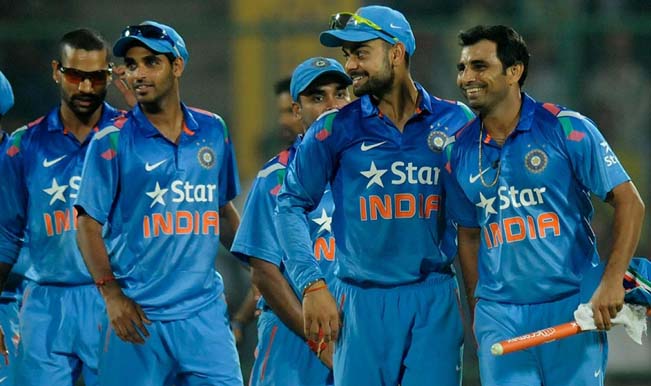 (India takes on Ireland in Seddon Park at Hamilton, New Zealand in Match 34. Get all the live score updates and commentary here.) Also Read - India vs Germany Live Streaming: Preview, Prediction, Where to Watch IND vs GER Hockey Bronze Medal Match: All You Need to Know About Tokyo Olympics 2020

India is undefeated in the ICC Cricket World Cup 2015 along with New Zealand and the next match should be a net run rate booster against Ireland. There have been quite a few upsets in the Cricket World Cup so it will be appreciated if India goes out all guns blazing rather than fall short by underestimating the relatively easy opposition in the form of Ireland. The live telecast of the match will be covered live by All India Radio (AIR) and Doordarshan (DD) channels too. The free live commentary by AIR of IND vs IRE match on March 10 can be heard for free here.  Also Read - India vs Belgium Live Streaming: Preview, Prediction, Where to Watch IND vs BEL Hockey Semifinal: All You Need to Know About Tokyo Olympics 2020 Match

India took it easy against West Indies in a low scoring match which led to a sudden fall in wickets but a slow but steady end gave the match the end it deserved. India won but only after a bit of a scare against West Indies. Ireland is in a better position as compared to the rest of the teams barring India in Pool B of the ICC Cricket World Cup 2015. Ireland has the chance of making a fixed berth at the quarter-final matches by defeating India which gives them 8 points from 5 matches. They are currently with 6 points from 4 matches while South Africa and Pakistan are both at 6 points from 5 matches.

Indian bowling can be experimented with a bit in today’s match as long as the experiments don’t turn disastrous for MS Dhoni and the rest of the team. The match against Ireland is being seen as a sure win for India by the fans but should India relax and try some new strategies? The last Pool B match for India will be against Zimbabwe which can also give a lot of scope for trying new methods to get wickets and make runs with the confirmation of continuing towards the ultimate goal, the World Cup.