Watch the full cricket highlights of Ireland vs Zimbabwe match. 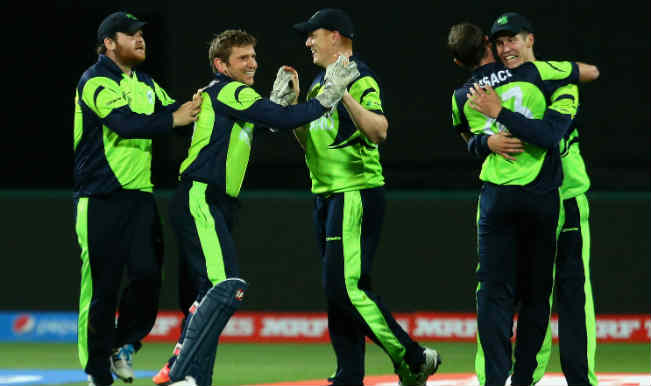 It was Ed Joyce and Andrew Balbirnie’s brilliance with the bat that helped Ireland post a mammoth target of 331 on board. After losing early wicket of opener Paul Stirling, Ireland’s innings got back on track with 63-run stand for the second wicket between skipper William Porterfield and Ed Joyce. Once Porterfield was back in the hut, Joyce found and able partner in Balbirnie and the duo together notched 138-run stand for the third wicket. Joyce during the partnership scored his third One-Day International (ODI) ton. Also Read - IRE vs ZIM Dream11 Team Prediction 2nd T20I: Captain, Fantasy Playing Tips For Today's Ireland vs Zimbabwe Match Castle Avenue, 04:30 PM IST August 29, Sunday

The two then were separated when Joyce dismissed on an individual score of 112 runs off 103 balls in 39th over. After Joyce’s dismissal Balbirnie took over the control and hammered Zimbabwe bowlers. Balbirnie was then unfortunate to miss his maiden hundred as he was run-out on 97 runs. Couple of wickets towards the end saw Ireland reach 331 for eight in their quota of 50 overs. Also Read- ICC Cricket World Cup 2015 Schedule: Complete Fixtures & Time Table of all Cricket World Cup 2015 Matches.

In reply, Zimbabwe got off to a worst possible start losing three wickets for just 41 runs inside first 11 overs. Zimbabwe innings then got the impetus with a 149-run stand between stand-in-skipper Brendan Taylor and Sean Williams for the fifth wicket. The two showed resistance and played well composed knocks. Check Out- ICC Cricket World Cup 2015 – Full Points Table.

Despite Taylor’s 91-ball 121, Zimbabwe lost their way in the chase. Williams then tried to lead Zimbabwe fight back but he fell in 47th over, four runs short of his maiden hundred. He was caught at deep mid-wicket by John Mooney. Replays showed fielder might have touched the boundary cushion, but then Williams was back in the hutch and umpires decided to give benefit of doubt to the fielder. Needing 26 runs from last two overs with two wickets in hand, Zimbabwe found their way back when 19 runs came off Kevin O’Brien’s over with Tawanda Mupariwa collecting 18 off it. But Alex Cusack bowled a superb last over, picking two wickets, to give his side a narrow win by five runs. Also Read- ICC Cricket World Cup 2015 Schedule in IST: Time Table, Fixture & Venue Details of all WC 2015 Matches.