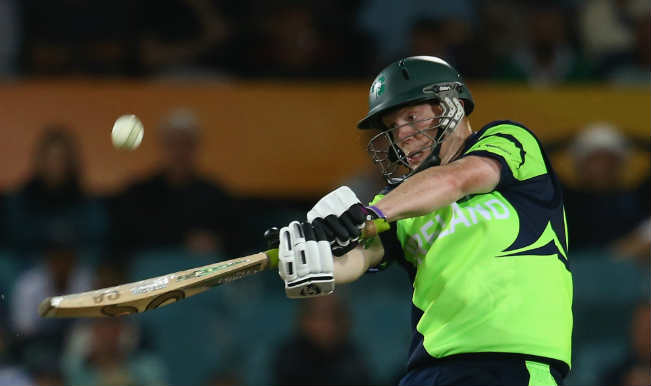 Big hitter Kevin O’Brien failed to contribute and was caught behind off Mohammad Shami just when Ireland needed him to stay at the crease. O’Brien offered no foot work to a slightly outgoing delivery from Shami and ended up edging it to MS Dhoni. O’Brien managed to score only one run. You can watch the video dismissal of Kevin O’Brien’s wicket here. Catch- Live Score Updates of India vs Ireland here. Also Read - Rahul Dravid Officially Applies For Team India Head Coach's Post; VVS Laxman Likely to Take Over at NCA

Despite having already qualified for quarterfinals, India fielded the unchanged side that featured against West Indies at Perth. Team India have been undefeated so far, winning four out of four matches. India have registered straight eight victories at the mega event, starting from their win against the West Indies in Chennai during the 2011 edition. MS Dhoni’s boys are likely to top Pool A and face Bangladesh in quarterfinals. Watch India vs Ireland live streaming & score updates on Mobile. Also Read - IND vs PAK: Virat Kohli Reacts After Loss vs Pakistan in T20 World Cup 2021, Says Not Going to Press Panic Button