The biggest event in the cricketing world, ICC World Cup 2015 will begin from February 14 to March 29 with Australia and New Zealand being the hosts of the awaited 11th edition. 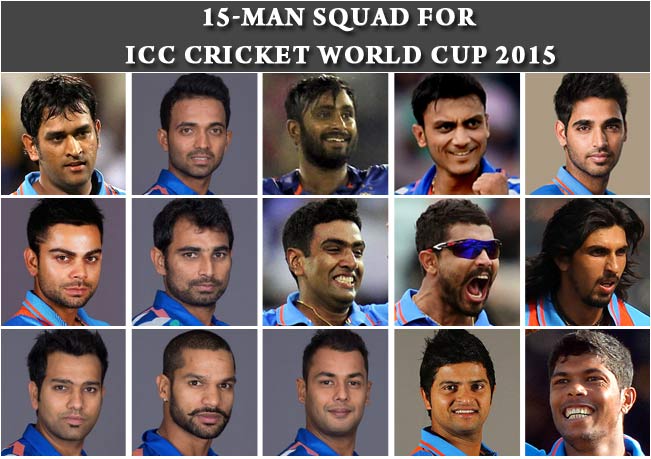 Also Read - T20 World Cup: I Feel Sorry for Sachin, Shoaib Akhtar Predicts Tendulkar's Future Had He Been Born in this ERA

Keeping the International Cricket Council (ICC) mandate in mind, the Board of Control for Cricket in India’s (BCCI) national selection committee announced the final 15-players name for the upcoming ICC Cricket World Cup 2015. The team line-up for the anticipated quadrennial event announced on Tuesday by Sandeep Patil and team did not spring any surprises. It has the World Cup 2011 winning captain MS Dhoni leading the 15-man squad to retain the title for India. One can only imagine the huge expectations from the young brigade to bring back the World Cup title glory to India. Also Read - T20 World Cup: It's a Morale-Boosting Match, Says Shoaib Akhtar As he Reveals Why it is Important For Pakistan to Beat India

Picking the balanced squad for the defending champions was quite a challenge for the selectors with various factors playing on mind. Axed World Cup 2011 hero Yuvraj Singh’s recent form, Ravindra Jadeja’s fitness concern or Murali Vijay’s brilliant run on India’s Tour of Australia were the major talking point of this selection. But in the end, the selectors have given a nod to a relatively expected side. Also Read - T20 World Cup: Mushtaq Ahmed Reveals Plan to Topple Virat Kohli and Rohit Sharma in India vs Pakistan Match

With India playing their opener against Pakistan on February 15, one can expect a crackling start to the tournament. In this list of 15 players, only four players – MS Dhoni, Suresh Raina, Virat Kohli and R Ashwin have played in World Cup earlier. 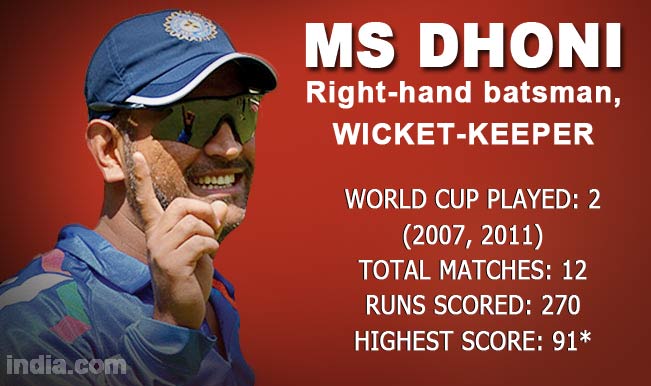 The recently retired player from the long format of the game, MS Dhoni will now solely concentrate on getting his hands on the World Cup trophy. Known for his cool, composed nature, MS Dhoni led India to their second World Cup victory in 2011. The thinking and calculative captain is also regarded as one of the greatest finishers in limited-over cricket. A smart thinker and natural ability to accelerate the innings make MSD one of the most treasured players of Indian team. The ICC World Cup 2015 will be his third World Cup appearance, after 2007 and 2011. 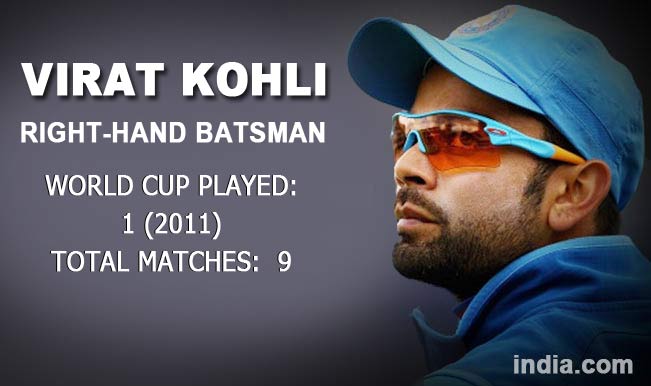 He truly defines the new-age brand of cricket, be it his explosive knocks on the ground or the keeping his opponents quite off it, the deputy-in-charge of Team India, Virat Kohli has come a long way from last world cup to present game of cricket. From becoming the first Indian to score a century on World Cup debut in 2011, Kohli is considered to be the best batsman of Team India and in the world at present. 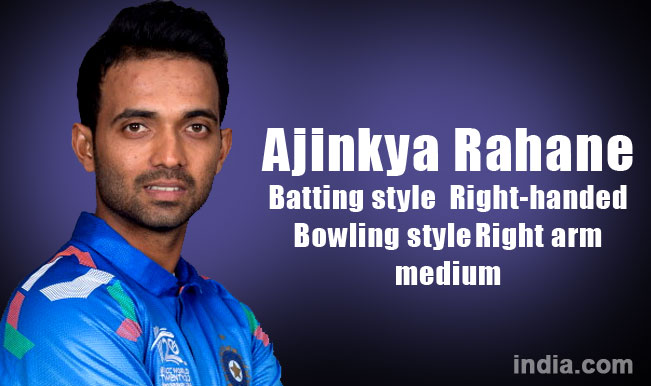 The calm, composed Rahane is also known as smiling assassin. Ajinkya Rahane, the skilful batsman who impressed everyone on the India’s Tour of England earlier this year has gone places over the last year after warming the bench for a long time. The 26-year-old showed his class and temperament against the English pacers in hostile conditions to score his first century. 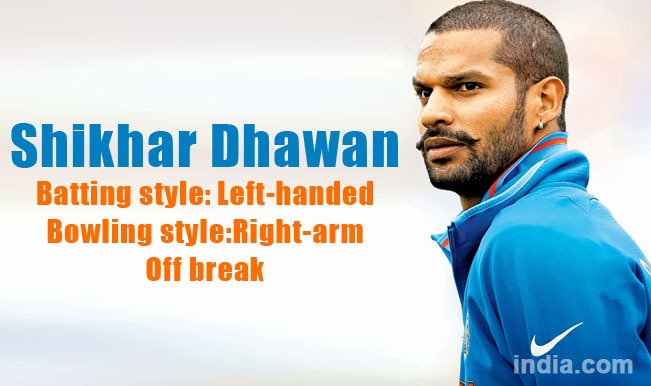 The mustachioed marauder has been an overnight success after many years on the fringes of the team. He has struck form in recent series against Sri Lanka and England after starting the year on a lean patch. At home, Dhawan is a force to reckon with but struggled away from home in the past year. 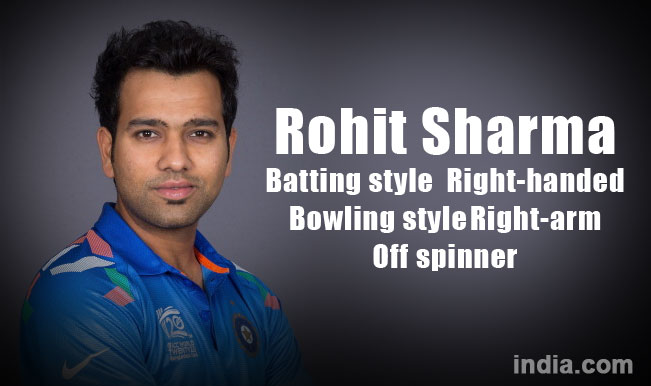 After his historic individual score of 264-run, there circulated a joke of only Rohit Sharma being taken as batsman and rest of the berths to be filled with bowlers. Despite his phlegmatic reputation at the crease,  Rohit Sharma will be a key figure in India’s batting line-up. 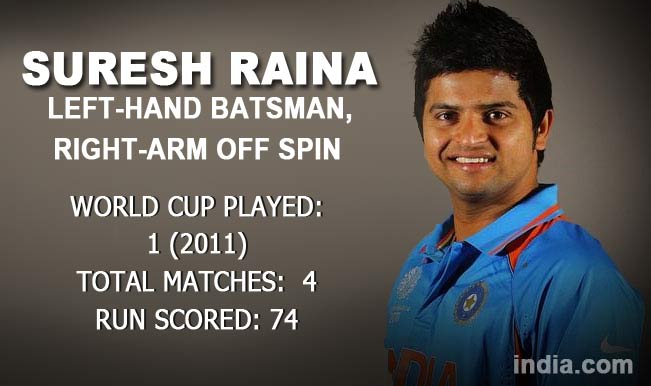 Another player retained from the World Cup 2011 winning side, Suresh Raina can be the most destructive player on his given day but his struggle against short-pitched deliveries make him vulnerable especially on the bouncy, seaming pitches of Australia and New Zealand. 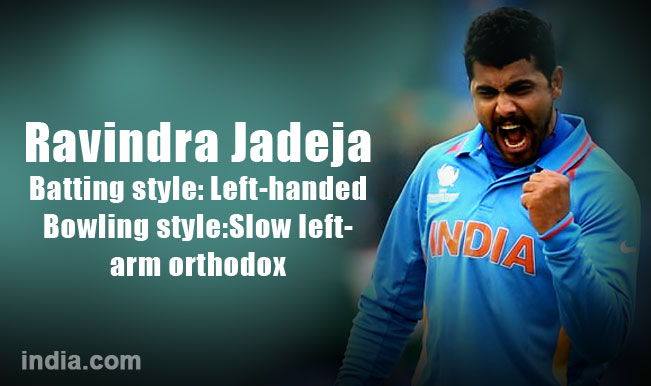 One of Dhoni’s trusted soldiers; Jadeja has evolved as an all-rounder over the years. His consistent bowling performances have overshadowed his credibility as batsman. An electric fielder and ability to contribute in the middle overs make him an automatic choice. 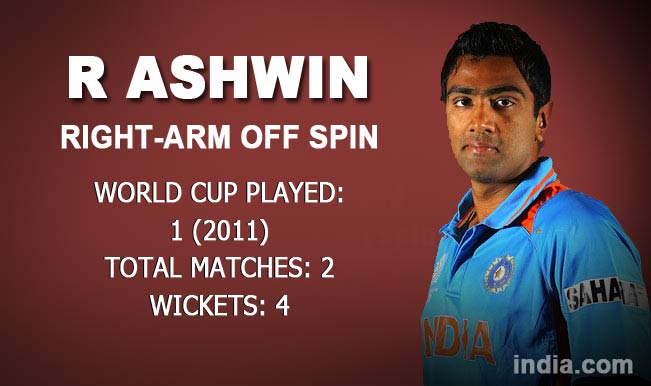 R Ashwin is the only bowler to be retained from last World Cup. The frontline spinner has proved himself on the home-soil but his ineffectiveness with the use of kookaburra in last tours of Australia and New Zealand is cause of worry for Team India. 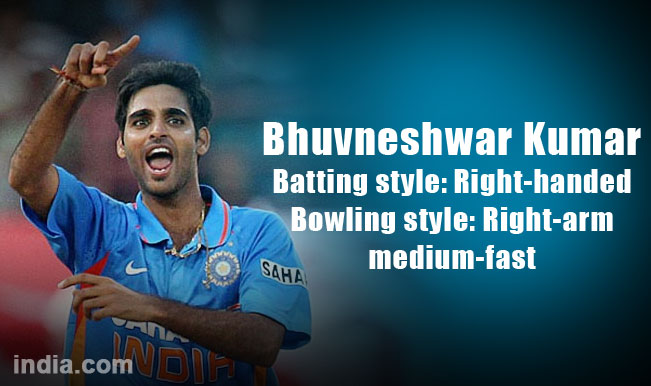 In many ways, Bhuvneshwar Kumar is the actual spear-head of bowling attack. The most reliable pacer among the list of fast-bowlers announced. His improvement in batting also makes him a good lower order batsman. 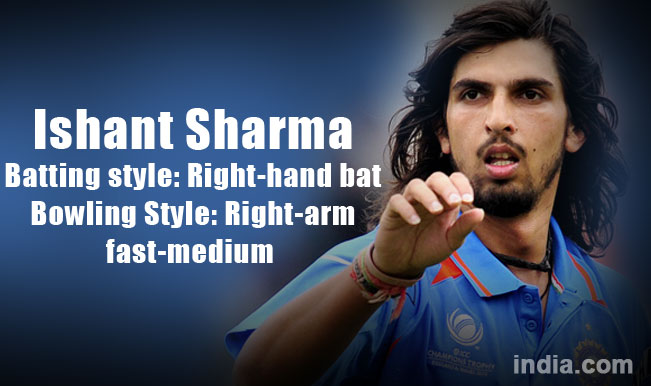 His knee injury just before the crucial selection put him in spot but Ishant Sharma has been ensured of World Cup 2015 playing ticket. In terms of experience, Ishant Sharma is seen as the spear-head of bowling pack of Indian side. But his erratic consistency, blow-hot-blow-cold performances puts him in real tight spot to lead in World Cup 2015. 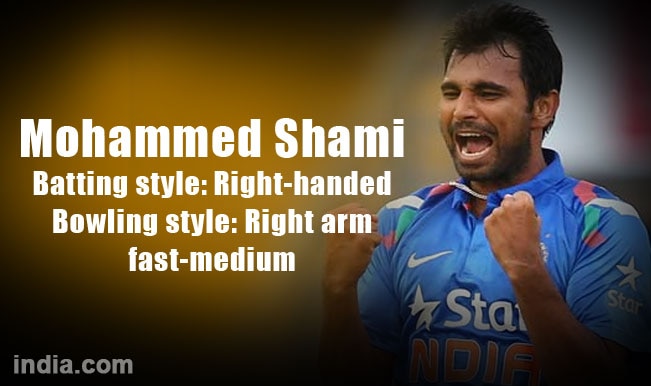 He might have not played up to his potential in the ongoing four-match Test series, but Shami has proved his mettle in the last calender year when he emerged as the best bowler. His run in early 2014 away series at New Zealand, one of the host nations was tough and hence puts him under scanner to perform well. 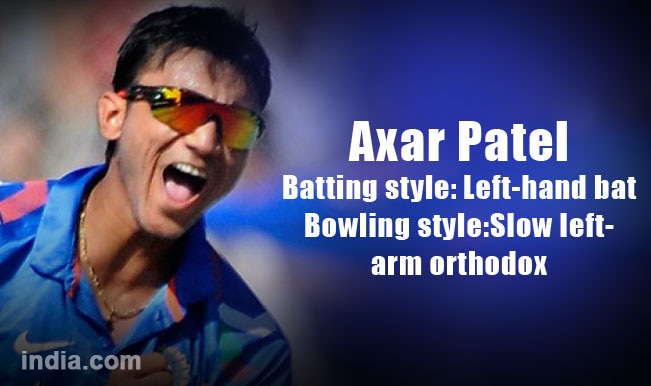 He has been one of the finds of the season coming good for his side kings eleven Punjab in the both the IPL and the champions league. The young all rounder has the potential but the presence of Ravindra Jadeja means the selector may overlook the Gujarat lad for the final fifteen. 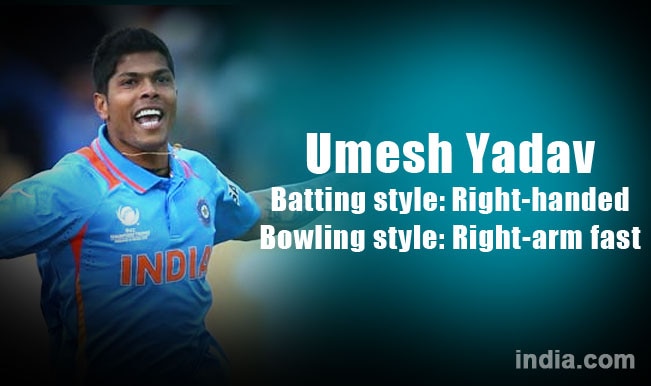 The fiery pacer can be a potent figure in the seaming conditions of Australia and New Zealand. He still has to improve on his line and length and he may or may not make the cut. The 27-year-old has proved his potential during India’s Tour of Australia in 2011-12 when the player from Vidarbha took 5-wicket haul at WACA, one of the quickest pitch in the world. 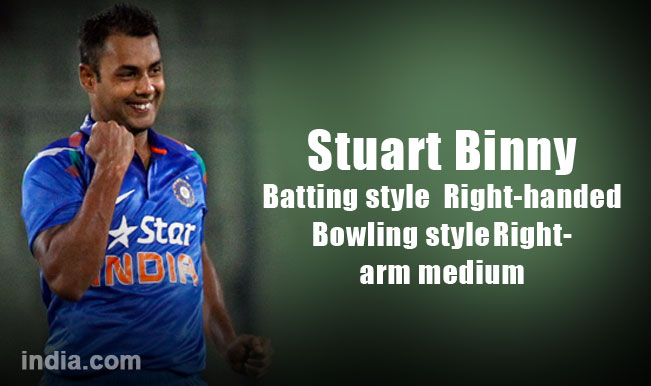 Father Roger Binny was one of the chief architects of India’s 1983 World Cup victory in England; Will son Stuart Binny make his name down-under? Chances for Stuart seems bright as a medium-pace all-rounder is what MSD would need on pacy wickets in Australia and New Zealand. And with not many big names in the all-rounders list, Stuart Binny is surely a pick in India’s 15 man squad for WC 2015. 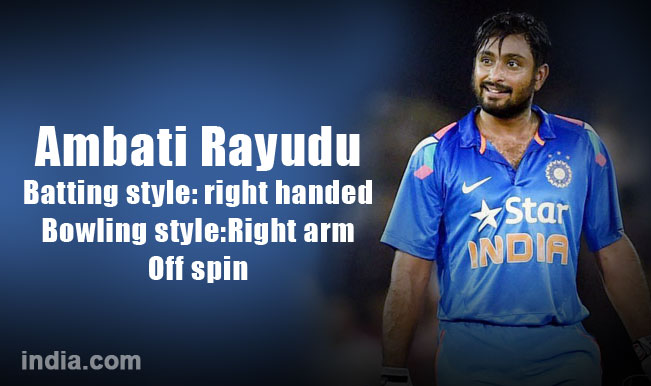 A reliable batsman off-late but his consistency with the bat especially after his maiden century against Sri Lanka in the home series caught the selectors’ eyes. The lack of experience and flair make him a weak-link in the batting line-up.