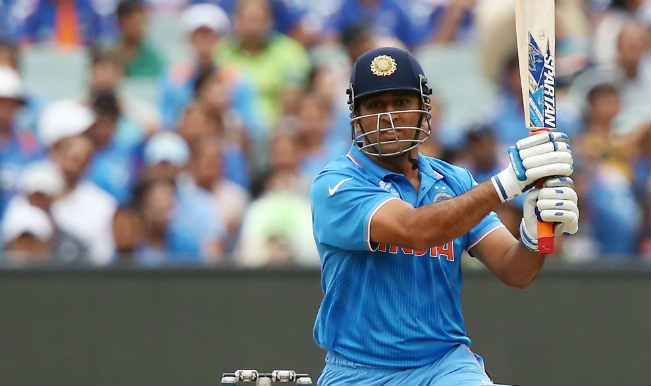 Also Read - India Tour of South Africa: All You Need to Know About the World Class Bio-Secure Arrangements Assured by Cricket South Africa

Live Score Updates India vs Zimbabwe: MS Dhoni seals it with a six and India finish unbeaten in league stage, winning six out of their six games. At one stage India were in deep trouble at 99 for four, but an unbeaten 196 partnership between Suresh Raina and Dhoni propelled India to victory. Raina smashed his fifth ODI hundred and ended up unbeaten on 110 while Dhoni smashed unbeaten 85. Also Read - After Parag Agrawal Becomes Twitter CEO, Elon Musk Says 'USA Benefits Greatly From Indian Talent'

Hello and welcome to the live cricket score and ball by ball updates of India vs Zimbabwe in the ICC Cricket World Cup 2015 Match 39 at Eden Park Auckland on Saturday. India, who play their sixth and final Pool B match, look all set to maintain their unbeaten record at the 2015 cricket World Cup. Whatever the situation, India have come out with the goods, whether with the bat or ball, to make sure they are one of the favourites going in to the knockouts. Having already qualified for the quarters following their win over the West Indies, the defending champions have not been in any sort of pressure. Watch- Live Telecast & Streaming of India vs Zimbabwe Cricket World Cup 2015 match in India,Pakistan,Zimbabwe,Bangladesh & USA.

On the other hand, Zimbabwe will look to end their campaign on a high in the inconsequential tie. Without a chance of qualifying for the knockouts, Zimbabwe will try to give their skipper a winning farewell as Brendan Taylor has decided to end his international career and concentrate on English county cricket. Though Zimbabwe have lost four of their five matches yet, they have been competitive in each of them, giving a run for their money to all big teams, having chased in all their matches. However, despite the talent and potential, they are likely to find India too hot to handle, who are on a nine-match winning streak in World Cups. Watch- India vs Zimbabwe Free Live Cricket Streaming on Star Sports.