Pakistan cannot allow Zimbabwe any chances to sneak as this team is capable of upsetting any biggie on their given day. 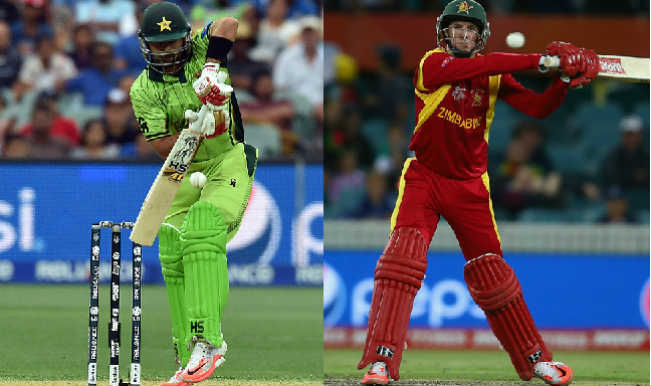 Misbah-ul-Haq’s Pakistan will take on the Elton Chigumbura-led Zimbabwe side in the 2015 Cricket World Cup 2015 Group B fixture showdown at The Gabba in Brisbane. Catch the live cricket scorecard and ball by ball updates of Pakistan vs Zimbabwe, ICC Cricket World Cup 2015 Match 23 starting at 9.00 am IST on March 1, Sunday. In the Group B points table, Zimbabwe is fifth placed while Pakistan is tottering at bottom.  You can catch the live cricket scoreboard and ball by ball commentary of PAK vs ZIM here. Also Read - Pakistan Captain Babar Azam Talks About Comparison With Virat Kohli

Pakistan leads head-to-head record against Zimbabwe by miles. They have played a total number of 47 matches against Zimbabwe, winning 42, faced defeats in 3 matches while one match was tied 1 and one match had no result. The two sides last played each other on August 31, 2013 in Harare with Pakistan winning comfortably by 108 runs. Must Read: Catch Live Telecast & Streaming of PAK vs ZIM, ICC World Cup 2015 match in Pakistan, India, Bangladesh & USA. Also Read - Babar Azam in Trouble, Woman Accuses Pakistan Captain of Sexual Harassment And False Promises of Marriage | WATCH

Recent Form and Results of Pakistan Cricket Team in 2015 Cricket World Cup: Misbah-ul-Haq’s side boasted of repeating 1992 world cup winning glory once again on Australian-New Zealand soil but have only faltered to deceive so far in the 11th edition so far. They have lost both their opening matches by huge margins, first against India by 76 runs and later lost to West Indies by 150 runs. This will be their third pool match that they must win in order to stay afloat in the competition. Must Read: Watch Pakistan vs Zimbabwe live streaming & score updates on Mobile: 2015 Cricket World Cup live from Star Sports.

Recent Form and Results of Zimbabwe Cricket Team in 2015 Cricket World Cup: With two defeats and one win, Dav Whatmore coached Zimbabwe is one of the unpredictable sides playing at the biggest level of competition. They made South Africa sweat before going down by 62 runs and also looked gritty side in their loss against West Indies by 73 runs. Pakistan cannot allow Zimbabwe any chances to sneak as this team is capable of upsetting any biggie on their given day.