Former Pakistan captain and experienced all-rounder Mohammed Hafeez has triggered off a debate over whether the national team was facing internal problems and issues in the ongoing cricket World Cup. 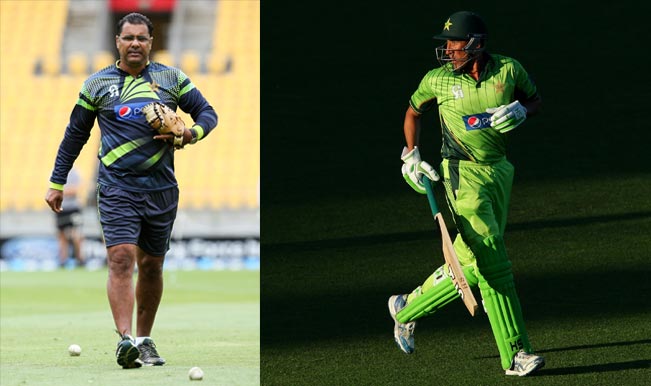 Karachi, Feb 17: Former Pakistan captain and experienced all-rounder Mohammed Hafeez has triggered off a debate over whether the national team was facing internal problems and issues in the ongoing cricket World Cup. Hafeez since being sent back home from Australia by the national team management due to an injury has interacted with the media on several occasion and every time he has had something to say, which suggests that chief selector Moin Khan and head coach Waqar Younis are calling the shots in the Pakistan team and not captain, Misbah-ul-Haq. ICC Cricket World Cup 2015 Schedule: Complete Fixtures & Time Table of all Cricket World Cup 2015 Matches.

“I don’t know what is Hafeez’s agenda but the Pakistan Cricket Board needs to speak to him and find out whether there are any problems within the team and Misbah is being sidelined,” former Test pacer Jalaluddin said. Pakistan’s former paceman Tanvir Ahmed also added credence to speculations that Hafeez was sent home and not allowed to stay with the team to recover from his injury after he had a run in with Waqar over training schedules.

According to sources Hafeez had questioned Waqar’s training methods for the players and felt he was exhausting them before actual matches after which both of them had an argument in Sydney. Tanvir appearing on the Geo Super channel confirmed that even when he was playing in 2010/11 there had been problems with Waqar’s training methods specially before matches. ICC Cricket World Cup 2015 – Full Points Table.

“They were problems specially the bowlers were not happy as we were made to do 10 to 15 laps off the ground, sprints for long periods and other training before matches and that exhausted us,” Tanvir, who played in Waqar’s previous coaching stint, said. He said when some players had complained to the team trainer he told them he had orders from the head coach and couldn’t do anything. Tanvir recalled how during a series in Dubai while the South African played cooled off in extreme hot weather, Waqar had forced the players to do a long physical training session.ICC Cricket World Cup 2015 Schedule in IST: Time Table, Fixture & Venue Details of all WC 2015 Matches.