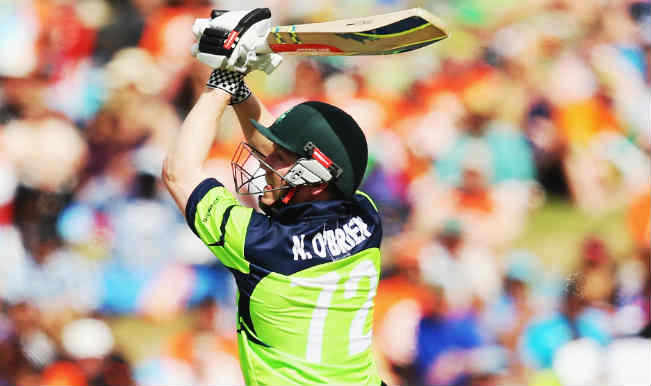 Naill O’Brien scored valuable run-a-ball 75 before being dismissed by Mohammad Shami. O;Brien shuffled across to play down the leg side, but could not keep it down and handed Umesh Yadav a catch at backward square leg. You can watch the video dismissal of Niall O’Brien’s wicket here. Catch- Live Score Updates of India vs Ireland here. Also Read - Babar Azam's Father Breaks Into Tears After Pakistan Beat India in T20 World Cup 2021 Match in Dubai | VIDEO Goes Viral

Despite having already qualified for quarterfinals, India fielded the unchanged side that featured against West Indies at Perth. Team India have been undefeated so far, winning four out of four matches. India have registered straight eight victories at the mega event, starting from their win against the West Indies in Chennai during the 2011 edition. MS Dhoni’s boys are likely to top Pool A and face Bangladesh in quarterfinals. Watch India vs Ireland live streaming & score updates on Mobile. Also Read - IND vs PAK T20 World Cup 2021 Match Report: Shaheen Afridi, Babar Azam Star as Pakistan Live Up To Unpredictable Tag, Crush India by 10 Wickets in Super 12 Battle