Pakistan next plays Zimbabwe in their Group B fixture on March 1 in The Gabba, Brisbane. 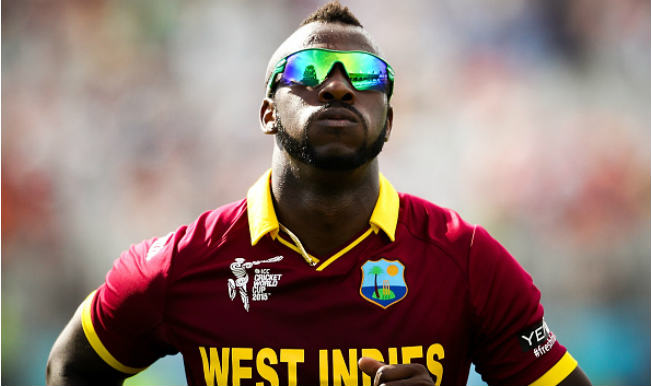 Pakistan succumbed to successive heavy defeat in the ICC Cricket World Cup 2015. This time they lost to pumped up West Indies by 150 runs. Misbah-ul-Haq’s side were outdone in all the departments of the tenth match taking place in Hagley Oval. For West Indies, it was an all round performance led by Man of the Match, Andre Russell (42 not out and 33-3) who first leathered the oppositions bowling attack and later took some prized scalps. West Indies with this fantastic win move to second place of Group B points table while Pakistan slump to bottom seventh place. Catch the Updated Points Table of ICC Cricket World Cup 2015. Also Read - Played 2015 ODI World Cup With a Broken Knee: Mohammed Shami

1. Chris Gayle fails as Pakistan look in control of the match

After winning the toss, Pakistan invited West Indies to bat first on the damp Hagley Oval wicket. Their decision seemed to be working as potential threat Chris Gayle once again failed to get going. Adding to the woes were wickets of Dwayne Smith and Marlon Samuels with the team total just crossing hundred run mark.

It was one of the major highlights of first innings as West Indies batted. The terrible run of Pakistan fielders especially senior Shahid Afridi who dropped simple, regulation catches. And not to miss, their wicket-keeper Umar-Butter-Fingers-Akmal let go of another catch. Most of West Indies top order got a lifeline once in their stay on crease, be it Dwayne Smith, Marlon Samuels, Darren Bravo. Pakistan’s fielding was substandard, even worse compared to their usual fielding standards. Also Read: Watch Full Video highlights of 5 wickets in PAK vs WI Cricket World Cup 2015 match.

Darren Sammy started the onslaught but Andre Russell was true pioneer in the match to belt Pakistani bowling attack all around Hagley Oval. His knock of 42 off 17 deliveries including three fours and equal number of sixes ensured West Indies finish with another 300 plus total. Also Read: Twitterati poke fun at Pakistan’s sloppy fielding in PAK vs WI clash!

Pakistan would not have thought to be wrecked with scoreboard reading 1/4 in their wildest dreams but West Indian pacer came with focussed determination. The first five wickets were back in the pavilion at the score of 40. Umar Akmal and Shoaib Maqsood tried to get control of damaged situation but it was too much to be repaired in the end. Pakistan lost the match in their death overs of bowling and right at the start of their innings when they came into bat.