Shahid Afridi – Not just an entertainer, not just a hero – Boom Boom was a sui generi

Shahid Afridi has been an integral part of Pakistan’s limited-overs side, yet when he finally left the field for the last time from One-Day Internationals (ODIs) at the Adelaide Oval, he was just 35. 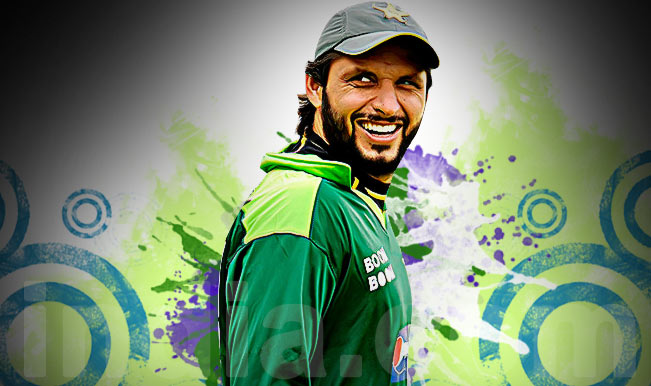 Shahid Afridi has been an integral part of Pakistan’s limited-overs side, yet when he finally left the field for the last time from One-Day Internationals (ODIs) at the Adelaide Oval, he was just 35. This isn’t the first time that a tribute has been penned on his career. And don’t be surprised if this isn’t the last. The number of times he has announced his retirement from cricket cannot be ascertained. There is a question posed on Quora for the same and no one has an answer to it. Also Read - Pakistan Court Sends 3 Accused To Jail in Forced Conversion Case

For a part of his career, Afridi was a batsman who could bowl. For some parts, he was a bowler who could wield the willow. For the remaining part, he was not good enough to be in the side for either of his skills. Unfortunately, that is how the glorious career ended. A career that looked teasingly young even after 19 years, could never define the charismatic Pathan. Also Read - Suspected Militants Lob Grenade at CRPF Party In Srinagar’s Rainawari Area, No Casualty Reported

Patience was never a virtue for Afridi. He liked speed and he thrived on providing opposition, teammates and the cricket viewers with thrilling action. At the crease, he is always in a hurry – be it with the bat or ball. He didn’t like staying put. He would zip past his little run-up and finish off overs way too soon for his captain’s delight and batsman’s frustration.

What he did with the bat, was ‘edge of seat’ stuff. There was just one possible conclusion to a delivery bowled at him – a big heave.  Miss it, mishit or a massive six were likely responses you could safely bet on. Again, no statistics to validate this argument, but he possibly holds the record of most runs with slog shots.

Even as senior players walked into the sunset amid fanfare or controversy, and Afridi had to takeover that role, he did little with the bat to show he could be responsible. Some of his premature retirements were a testimony to that.

He wasn’t reliant and that was his biggest drawback, the biggest roadblock to what he could’ve achieved as a batsman, to how many more matches he could’ve won for his side with his axe-like willow. The only way to expect him to bail his side out of trouble was by watching him hit the balls out of the park. On a good day, he did his job well. On other days, he simply added to the misery of the side. For his fans and teammates, it helped that he saved his best for India.

But as he takes, what seems like his final retirement from ODIs, the question that remains is he the greatest all-rounder ever? Is he even one of the greatest? Is he a 50-over cricket legend? Statistics would be harsh to describe his value, but it is important to get a perspective of all that he has achieved.

He has picked 395 wickets, fifth in the list of most wicket-takers. Ahead of him in the list are Muttiah Muralitharan, Wasim Akram, Waqar Younis and Chaminda Vaas. He is 26th in the list of most runs in the format with over 8,000 runs. He scored these runs at a strike-rate of 117.00, which is the highest among any batsman who has played more than 50 matches or scored over 1500 runs. He has taken 127 catches and is placed 9th on the all-time list. And more famously, he held the record of the fastest century for 17 years.

But far beyond the reach of his achievements on the field, remained the man who saw the dirty hands of match fixing plaguing cricket in general and Pakistan cricket in specific. Even as some of his teammates year after year got embroiled in the lust of big money, Afridi strayed clear, unhesitantly took on the dark men of the society and played cricket like a true gentleman.

He remained a glowing flame in a murky world. He was a hero for millions trying to bring cricket back to their country, a reason for smiles and cheer for those suffering from the brutality of terrorism and politics. Afridi entertained with his unique brand of cricket and surely left a lasting impression on the game. He wasn’t simply an original, he was sui generi.