AB de Villiers' current form offers the biggest threat to an Irish team looking to take another step to grabbing a Test spot. 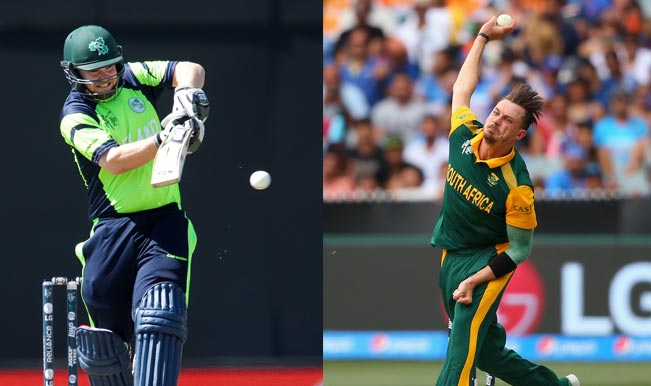 This match in the ICC Cricket World Cup 2015 might be lopsided on paper and South Africa are masters of brushing aside Associate Nations with utter disdain. After galloping another win against West Indies in their tournament opener and getting their second win after defeating United Arab Emirates (U.A.E), the Irish are now staring at the possibility of heading to the quarter-finals. There are some important battles that will be won and lost and but there are some who are expected to make inroads with the sheer force of their ability and talent. Here are some of them. ICC Cricket World Cup 2015 Schedule: Complete Fixtures & Time Table of all Cricket World Cup 2015 Matches. Also Read - IPL 2021: Virat Kohli, Yuzvendra Chahal to AB De Villiers, Washington Sundar, Players Royal Challengers Bangalore (RCB) May Retain Ahead of Mega Auction

1. Morne Morkel vs Ed Joyce Expected to fire on cylinders in the World Cup, Morne Morkel has not looked in his element in the tournament so far, but this where the lanky pacer can be at  his lethal best — when people write him off. Veteran batsman Ed Joyce has the know-how of international cricket and will has a task on his hands. But Joyce can wear bowlers down and pick the gaps too and it is not a contest that will be won easily by Morkel. There will be bounce too, which Morkel is a great exponent of but more importantly the ICC World Cup 2015 needs the real Morne Morkel to stand up! Also Read - IPL 2021: Aaron Finch to Dale Steyn, Players Virat Kohli-Led Royal Challengers Bangalore (RCB) Could Release Ahead of Mega Auction

2. Dale Steyn vs Paul Stirling This battle between the South African pace spearhead, Dale Steyn and Ireland‘s swashbuckling buccaneer, Paul Stirling is expected to be the pick of the battles of the match. The peerless Steyn though will be watchful as he has quite battle on his hands as Stirling cares very little for reputation and is cut from the same cloth as a Virender Sehwag or a David Warner. In the past, there have been instances of Steyn cutting a frustrated figure if the batsman gets on top of him. After setting up the win against West Indies, Stirling is the man in form and can end up winning the battle as Steyn continues to be a little rusty. ICC Cricket World Cup 2015 – Full Points Table. 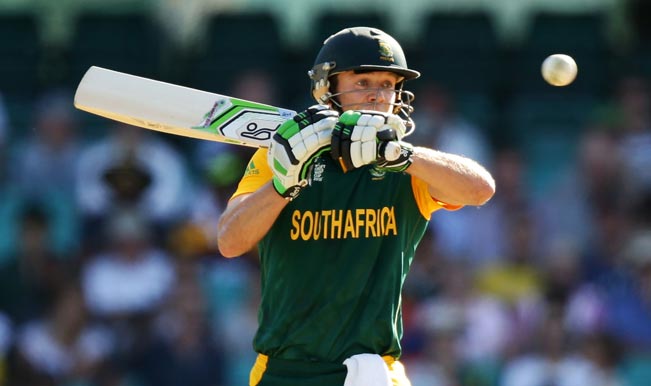 3. AB de Villiers vs George Dockrell After breaking all kinds of records in Sydney, Indians have woken up a hungry lion and AB de Villiers may have kicked off a run spree with his spellbinding 66 ball 162 against the West Indians. Young George Dockrell offers almost no pace on the ball and is one of Ireland’s leading stars with the ball. Dockrell has a terrific future ahead of him but he faces the sternest test of his career with that bat of AB even reading to come from underground and smash a bowler for six. ICC Cricket World Cup 2015 Schedule in IST: Time Table, Fixture & Venue Details of all WC 2015 Matches.