South Africa go with an unchanged lineup from their landslide win against West Indies while Ireland are using two spinners. 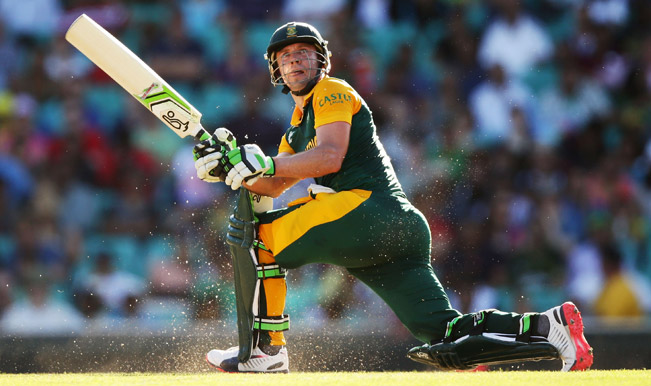 South Africa have won the toss and elected to field first at the Manuka Oval in Australia’s capital city, Canberra. Ab de Villiers, after his and his team’s heroics in their previous game of the ICC World Cup 2015 against West Indies, are now in spine-busting form and will look to extend their winning run here. Ireland have proved they are no pushovers and a win here will put them on the cusp of qualification. South Africa have made no changes to the team from last time around as JP Duminy still recovers from injury. Catch the Live Updates of the match here Also Read - IPL 2021: Virat Kohli, Yuzvendra Chahal to AB De Villiers, Washington Sundar, Players Royal Challengers Bangalore (RCB) May Retain Ahead of Mega Auction

Ireland are using two spinners in the lineup — Andy McBrine and George Dockrell — and the rest of the team remains the same but will be relying on their plucky batting unit to come through. Ireland have proven to be great chasers but their immediate challenge is to restrict the likes of Hashim Amla, De Villiers and Faf du Plessis. Catch the Live Streaming of the match here Also Read - Suryakumar Yadav is Indian AB de Villiers: Harbhajan Singh Hails Mumbai Indians Batsman