South Africa vs Ireland Preview: ‘Don’t Call Us Minnows, We Are Out To Win The ICC Cricket World Cup 2015’

When Ireland take on South Africa in the ICC Cricket World Cup 2015 at the Manuka Oval in Canberra on Sunday, they will be there to win, to make a stronger statement. 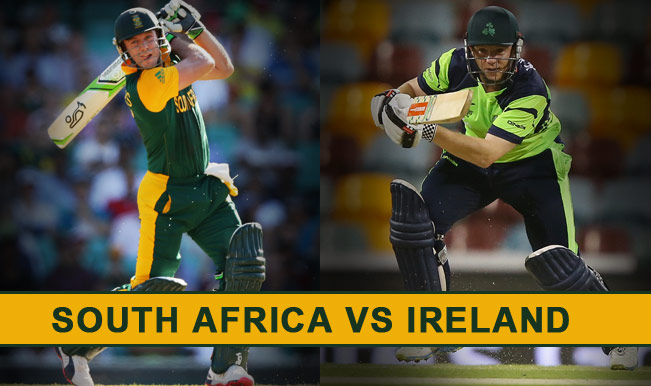 Don’t call them minnows. If they manage to beat South Africa, don’t term it as an upset. They are here to compete and win, not make up the numbers. Ireland skipper William Porterfield has made a strong statement right after the tournament opener, where they chased down a 300+ target for the third time in a world cup to beat West Indies. When they take on South Africa at the Manuka Oval in Canberra on Sunday, they will be there to win, to make a stronger statement. Much like South Africa, one of the tournament favourites, who are out to seek their maiden ICC World Cup triumph, Ireland too are there to compete for the most coveted title in limited-overs cricket. Also Read - IPL 2021: Virat Kohli, Yuzvendra Chahal to AB De Villiers, Washington Sundar, Players Royal Challengers Bangalore (RCB) May Retain Ahead of Mega Auction

The nucleus of the side has remained constant over all these years: William Porterfield, Paul Stirling, Ed Joyce, Niall O’Brien, Gary Wilson, Kevin O’Brien John Mooney, Alex Cusack, Trent Johnston and George Dockrell have been pivotal in Ireland’s rise in world cricket. Eoin Morgan and Boyd Rankin meanwhile, moved to England in search of greener pastures.

South Africa will do good to bring their A-game against the European side. Even as AB de Villiers returned to form and had the likes of Faf du Plessis, Hashim Amla and Rilee Rossouw post half-centuries; their batting has lacked the aura of a World Cup winning side. JP Duminy’s absence leaves a gaping hole in the middle order. Farhaan Behardien will have to come good with the bat to allow the team management and the innumerable experts and coaches in the support staff to breathe easy.

In the absence of Vernon Philander and the inability of Dale Steyn and Morne Morkel to perform at their best, their bowling looks far from the one that can terrorize batting line-ups. Imran Tahir’s good form, nonetheless remains the only good news for the Proteas. On paper, it is a no-match. But whoever displays supremacy with cricket’s two oldest weapons – bat and ball on Tuesday at the Manuka Oval, will have the last laugh. Ireland has already warned, don’t take them lightly.