Wicketkeeper Denesh Ramdin has said the West Indies will not take anything for granted against Ireland, in their opening game of the ICC World Cup that bowls off on Monday. 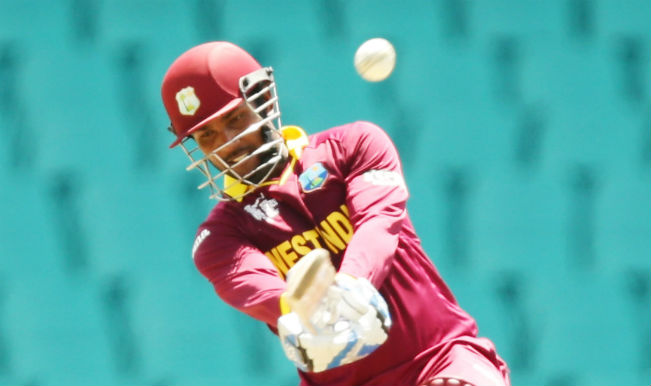 Nelson (New Zealand), Feb 15: Wicketkeeper Denesh Ramdin has said the West Indies will not take anything for granted against Ireland, in their opening game of the ICC World Cup that bowls off on Monday. He said with a win crucial to the team’s momentum, the West Indies would be going all out to ensure they start the tournament on a high, reported CMC.

“We know the Irish. They have a very disciplined bowling line up, they have some good batsmen in there as well so we don’t need to take them lightly. It is very important that we go out and play good positive cricket and try to beat them in all departments and come up trumps in that game,” the first choice wicketkeeper said. ICC Cricket World Cup 2015 Schedule in IST: Time Table, Fixture & Venue Details of all WC 2015 Matches.

The West Indies have had a rocky build-up to the tournament. Coming off a 1-4 thrashing at the hands of the Proteas in South Africa last month, they also crashed to a nine-wicket defeat at the hands of England in their opening official warm-up earlier this week, when they were bowled out for 122. They narrowly escaped with a three-run victory against Scotland in their second warm-up, despite making 313. Ramdin said, however, there was a good vibe in the camp and players were still working hard and anxious to do well.

“The spirit has been good so far. I just think we need to get some partnerships at the top of the order and get things going. Some of the guys are low on confidence but having said that, the middle order had a good outing in the last game against Scotland. All the guys have been putting in a lot of hard work so we are very excited as well to get it started, and try and get another win under our belts as quickly as possible, and get this tournament kick started,” he said.