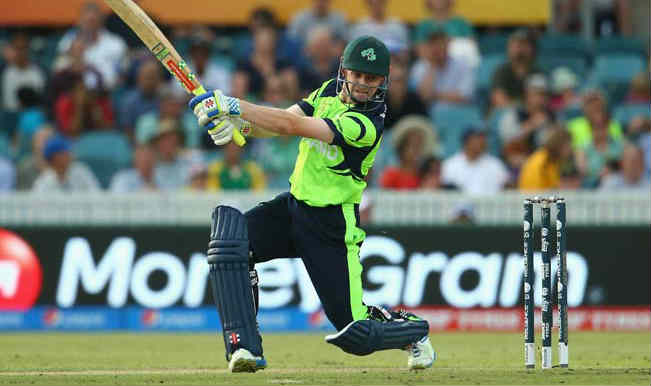 After Ireland lost two wickets in quick succession, William Porterfield kept one end intact and scored a half-century. With MS Dhoni opting for spin from both the ends that tied down Ireland batsmen and they scored at a snail’s pace. Once Dhoni brought back pacer Mohit Sharma for another spell Irish skipper looked to attack him, but fell in the process.  Porterfield scored 93-ball 67. You can watch the video dismissal of William Porterfield’s wicket here. Catch- Live Score Updates of India vs Ireland here. Also Read - Virat Kohl's Mantra to Win Test Series in England: Milestones Don't Matter, Chasing Pursuit of Excellence is Important

Despite having already qualified for quarterfinals, India fielded the unchanged side that featured against West Indies at Perth. Team India have been undefeated so far, winning four out of four matches. India have registered straight eight victories at the mega event, starting from their win against the West Indies in Chennai during the 2011 edition. MS Dhoni’s boys are likely to top Pool A and face Bangladesh in quarterfinals. Watch India vs Ireland live streaming & score updates on Mobile. Also Read - India vs Australia Live Streaming: Preview, Prediction - Where to Watch IND vs AUS Women's Hockey Quarterfinal - All You Need to Know About Tokyo Olympics 2020 Match