The Indian Premier League (IPL) 2015 saw some excellent all-round performances. While the batsmen enjoyed a productive tournament, the bowlers too held their own on more than one occasion. 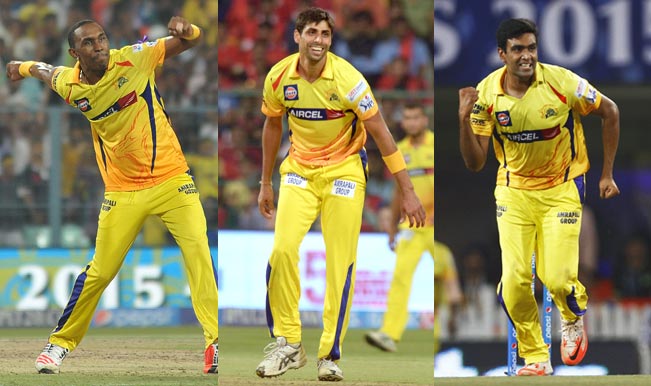 The Indian Premier League (IPL) 2015 saw some excellent all-round performances. While the batsmen enjoyed a productive tournament, the bowlers too held their own on more than one occasion. Shiamak Unwalla picks out the top 10 bowlers of the tournament. Also Read - IPL 2021 Auction: Three Players Kolkata Knight Riders Should Target For Upcoming Season

NOTE: These are not necessarily the highest wicket-takers of the tournament. These are players who bowled consistently well throughout the tournament, regardless of the outcome of the match. The players are arranged by alphabetical order of their teams. Also Read - IPL Mini Auction: Why Chennai Super Kings 'Are in Big Trouble'

No one bowled as many overs as Ashish Nehra in IPL 2015. That speaks volumes of the stamina of a bowler many had written off years ago. Nehra grabbed 22 wickets at 20.40 at a decent economy rate of 7.24. He played a huge role in CSK making it to the final, and reinvigorated his career.

The winner of the Purple Cap, Bravo bowled exclusively at the death. He took a lot of wickets in the process, but what was commendable was that he was rarely taken apart by the opposition. Bravo ended with 26 wickets at 16.38 and a respectable economy rate (given the stage at which he bowled) of 8.14.

Though Ashwin was not among the wickets, he was outstanding with the ball. He only scalped 10 victims in 14 games, but he was incredibly miserly; he conceded a paltry 5.84 runs per over on average.