CSK have moved on to the top of the table with a 12 run win against RR. 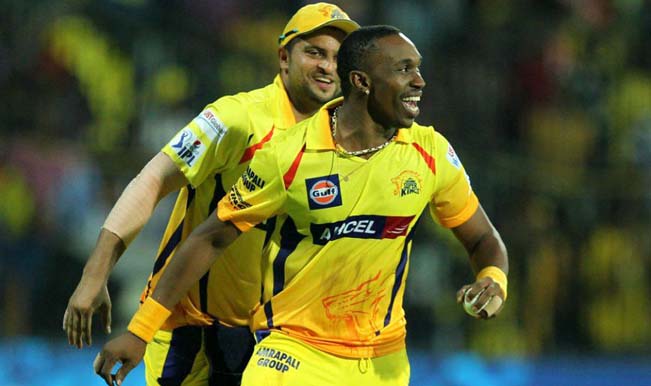 Chennai Super Kings win the 47th Match of the Pepsi IPL 2015 by 12 runs to go on top of the points table with 16 points. CSK and KKR are now through to the Playoffs as the other teams fight it out to try and make it to the other two spots. Rajasthan Royals were top trumped in the game with an excellent innings from Brendon McCullum scoring 81 runs in the last match before he goes back to New Zealand to play for his national cricket team. You can watch the full video highlights of CSK vs RR on the official website of Star Sports.  Also Read - IPL 2019: Ambati Rayudu-Dwayne Bravo Have Fun After MS Dhoni's CSK Beat RR | WATCH VIDEO

After electing to bat first, Chennai got off to a poor start, losing aggressive opening batsman Dwayne Smith (6) and ever-reliable Suresh Raina (3) inside four overs. While left-arm spinner Ankit Sharma removed West Indian Smith, caught by James Faulkner, left-hander Raina too offered a catch to Faulkner off pacer Chris Morris to leave the hosts in spot of bother at 15/2.

Charismatic right-hander McCullum first tried to settle down, waiting for weak deliveries to pounce upon, like he did against off-spinner Pravin Tambe, who got hit for two sixes in the sixth over. However, du Plessis ran himself out and afterwards McCullum also perished, offering a catch to Ankit for Morris’ second wicket. Morris bagged his third after dismissing Pawan Negi for two.

Afterwards, skipper Mahendra Singh Dhoni (not out 13) and Dwayne Bravo (not out 15) raised 28 runs in the final 15 deliveries of the innings to take Chennai to a decent total. For Rajasthan, South African Morris was the best bowler, picking three wickets for just 19 runs in four overs. (With inputs from agencies)