Chennai Super Kings (CSK) have been pushed to the second spot by Kolkata Knight Riders (KKR) and the Rajasthan Royals are now at the third spot. Both these teams have been the points table toppers 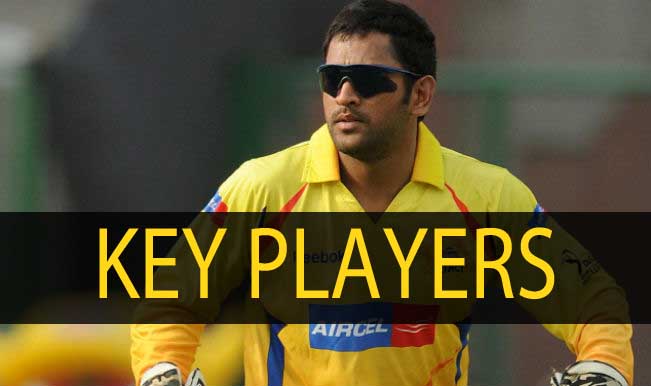 Chennai Super Kings (CSK) have been pushed to the second spot by Kolkata Knight Riders (KKR) and the Rajasthan Royals are now at the third spot. Both these teams have been the points table toppers for a long time in this tournament and they will aim to not only regain the top spot but also make their place in the Playoffs a certainty as soon a possible. CSK takes on RR in Match 47 of Pepsi IPL 2015 at M.A. Chidambaram Stadium here in a cracker of a match. Also Read - IPL 2019: Ambati Rayudu-Dwayne Bravo Have Fun After MS Dhoni's CSK Beat RR | WATCH VIDEO

CSK have seven wins from 11 matches CSK has 14 points while Rajasthan also has 14 points but two of their games were washed out where they could manage just a single point. Both the teams have lost their previous clashes so they will try to get back to their winning ways and show the other teams why they are on top of the points table. Such is the nature of the game that no team except for KKR is fixed to go to Playoffs so there is no time to become complacent. Here are 5 key players who could alter the mood of the match tonight. Also Read - Match Presenter Murali Karthik Opts Not to Ask Question on MS Dhoni's Public Outburst as Skipper Gives Cue | WATCH

Captain cool of the Indian national team is also the skipper of the Chennai Super Kings and he has done all that can be expected from him so far. After the near win against Mumbai Indians in their previous clash, they will have to plan out their innings in a better way so that inexperience doesn’t cost them another game. MS Dhoni has to ruffle some feathers in the bowling department and get a better performance out of the entire team while he concentrates on his batting to score in the death overs as well. [Catch the updated Points Table of Pepsi IPL 2015]

The New Zealand canon fired a couple of times in IPL 2015 but he will have to play a matured game if the team has to get off to a good start. Brendon McCullum is equal to any Chris Gayle, Glenn Maxwell or Kieron Pollard when it comes to destroying the bowling and slapping the ball out of the park while some would argue that he is even better but he has to show why we say such things about him by blasting the Rajasthan Royals bowling attack. We hope to see the New Zealand player fire his shots all over against Rajasthan Royals tonight.

The fearsome batsman from the CSK camp has provided excellent starts for the team. The CSK team’s performance may not have been as good as it usually performs in IPL history but they have been winning games so far. MS Dhoni’s tactics of sending in Dwayne Smith to oepn the batting along with Brendon McCullum is the right decision but Smith has to manage to calm McCullum down so that they build a partnership which is long and explosive as well. Dwayne Smith will have to show his charm in game against Rajasthan tonight.

Ajinkya Rahane: Rahane has the Orange Cap and he is performing brilliantly for Rajasthan so CSK will have to aim to get him dismissed early on or he gets settled in for a scorching innings. Ajinkya Rahane has provided the Rajasthan Royals with stability at the top and his partnership with openers is working well for the team. He scored 91 run against Delhi Daredevils and he will try to get a century while he is modest to admit that he plays for the team and hopes to get as many runs for RR as he can possibly get. The Royals will hope that Ajinkya will perform yet again in an extremely important match for all of them.

Sanju Samson: Sanju Samson is a great player and one of the best entertainer the IPL has given us to serve the purpose of giving Indian talent the platform to show their skills. Samson’s innings of 76 runs against Mumbai Indians showed his critics why he is regarded so close to players like Rahul Dravid and the RR skipper, Shane Watson. He needs to continue his good form so that the people wait for a wicket to fall for the ittle blaster to come out and entertain the crowds with his flurry of fours and sixes. You can check the complete schedule of Team RR for IPL 2015 here.