After losing their first game in the ongoing Indian Premier League (IPL) on Sunday against the Rajasthan Royals (RR), Chennai Super Kings (CSK) captain Mahendra Singh Dhoni said it was just an off-day on the field. 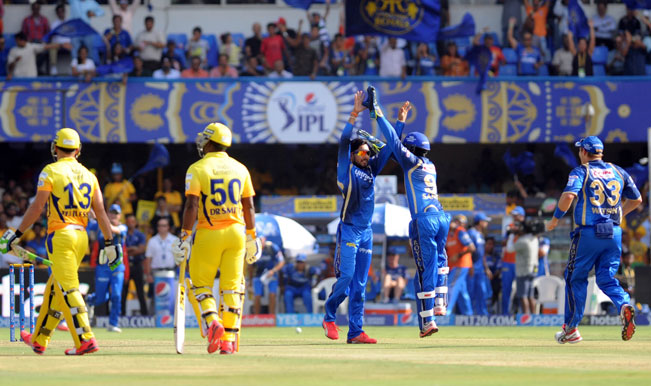 Ahmedabad , April 19: After losing their first game in the ongoing Indian Premier League (IPL) on Sunday against the Rajasthan Royals (RR), Chennai Super Kings (CSK) captain Mahendra Singh Dhoni said it was just an off-day on the field. Opting to bat first, Chennai could only manage 156/4 in their 20 overs, which the Royals easily overhauled with eight wickets and 10 balls to spare. IPL 2015: MS Dhoni takes blame for CSK’s defeat to Rajasthan Royals. Also Read - IPL Mini Auction: Why Chennai Super Kings 'Are in Big Trouble'

“It was an off-day for us. We started well, but I went in and ate up too many deliveries,” Dhoni said, referring to his uncharacteristic knock of 31 from 37 balls at the post-match presentation ceremony. The skipper said after RR’s good start it got difficult to stop them. Also Read - IPL 2021: Robin Uthappa Joins Chennai Super Kings After Leaving Rajasthan Royals

“They had a good start and after that it got difficult to stop them, they rotated the strike well.”

Dhoni also believed playing back-to-back matches took a heavy toll on them, especially in such hot conditions and added there was nothing wrong with the pitch.

“It was quite a good wicket, under the light, it gets slightly better. It played how we thought it would play. It was a back-to-back game for us after Mumbai, and the heat could have been a factor (behind the flat display) because of the 4 p.m. start. But we have to come back strong,” he said. Lauding the efforts of West Indies all-rounder Dwayne Bravo, who top-scored with an unbeaten 62 off 36 balls, he said: “It was heartwarming to see Bravo do well.”

“If he continues this way, I can come in at four and express myself early. Bravo released a lot of pressure of me and with (Ravindra) Jadeja and (Ravichandran) Ashwin to follow, it gives our batting potency.”