Most of the games played were edge-of-the-seat stuff. 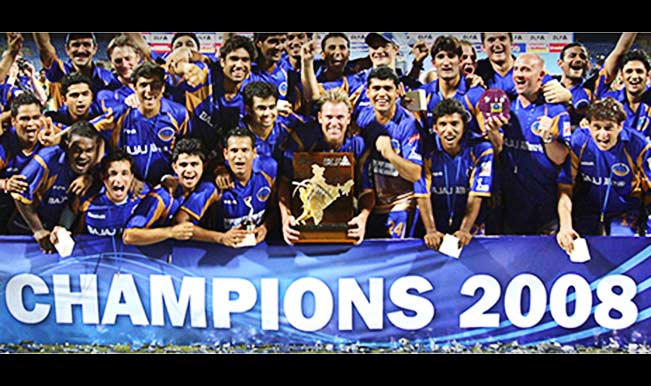 The Indian Premier League (IPL) kicked off with plenty of pomp and fanfare in the summer of 2008. Eight franchises were announced and the intrigue escalated when the owners happened to be some out of the household names in the world of Business, Bollywood and Cricket. Politics also played a minor part but Cricket would never be the same again. The tournament had its skeptics and people wondered how the format would succeed. Catch- All the IPL action here. Also Read - IPL New Team Auction: Twitterverse React to Ahmedabad and Lucknow Inclusion in the Cash-Rich League

Packed crowd, thrilling battles and the sheer allure of having the best in the business take the field battling it out for the same team. The game got some rare sights of bonhomie. Eden Gardens was cheering for Shoiab Akthar. Sachin Tendulkar and Shaun Pollock were battling for the same team. All eyes were on the illustrious names like Rahul Dravid and Sourav Ganguly and Tendulkar. However, it was Brendon McCullum’s big hitting that stole the show on day one. The New Zealand legend’s big hitting would stand the test of time and Kolkata Knight Riders set the early pace for the tournament. Also Read- Betting odds for IPL 2015: MS Dhoni led Chennai Super Kings are favourites to win IPL 8 title. Also Read - IPL is Proving to be a Wonderful Instrument in Globalising Cricket, Sourav Ganguly Reacts as BCCI Announce Ahmedabad and Lucknow as Two New Teams

Most of the games played were edge-of-the-seat stuff. The game found a new audience and even the game had to deal with the new-age audience. The order of the day was six hitting but strokemakers found their groove too. The slow bowlers were a must-have. The law of averages also took a major hit as star-studded teams flopped in the tournament while Rajasthan Royals, built on a shoestring budget, top the group stages.

The two semi-finals turned out to be as one sided as they came. Rajasthan overpowered Delhi Daredevils while Chennai Super Kings made lightweight of the chase against Kings XI Punjab. The final, held at the state-of-the-art DY Patil Stadium in Navi Mumbai was tense battle and went down to the last ball. The Purple Cap winner, Sohail Tanvir, hit the winning runs and Rajasthan were crowned champions. Amongst the players, it was Shane Warne who was the deserving winner. Check Out: IPL 2015 Schedule – All Match Fixtures and Complete Time Table of IPL.