Ranchi, May 22: Chennai Super Kings (CSK) reached the final of the Indian Premier League (IPL) for the sixth time as they defeated Royal Challengers Bangalore (RCB) by three wickets in the qualif 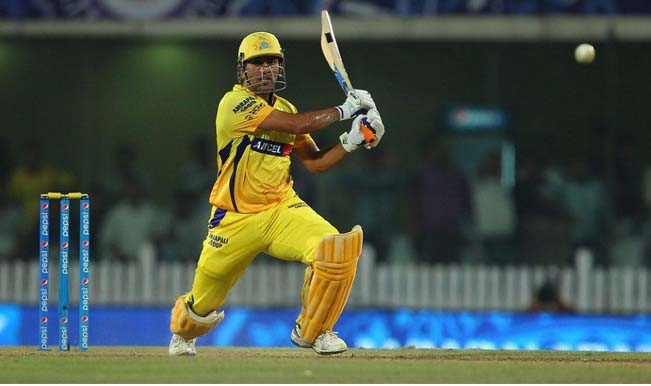 Ranchi, May 22: Chennai Super Kings (CSK) reached the final of the Indian Premier League (IPL) for the sixth time as they defeated Royal Challengers Bangalore (RCB) by three wickets in the qualifier 2 of the Twenty20 tournament at the JSCA International Cricket Stadium here on Friday. Put in to bat, two-time runners-up RCB could only manage a modest total of 139/8 with left-handed opener Chris Gayle top-scoring with 41. Sarfaraz Khan also played a handy innings of 31. Left-arm pacer Ashish Nehra was the pick of the bowlers for CSK as he picked up 3/28 from his four overs. Also Read - IPL 2020 News: MS Dhoni Says Batting Main Worry For Chennai After Loss Against Bangalore, Says 'Too Many Holes in The Ship'

In reply of the small target, two-time champions CSK were driven by a patient knock from veteran Michel Hussey, who scored 56 from 46 balls. The left-hander shared a useful 47-run stand with skipper Mahendra Singh Dhoni (26) to help his side reach home with three wickets and a ball to spare. With this win, CSK set up Sunday’s title clash with Mumbai Indians, who won the qualifier 1 against the same opponents on Tuesday. Also Read - CSK vs RCB 2020, IPL 13 News: Virat Kohli Reacts After Bangalore's Win Over Chennai, Calls it 'Most Complete Performance'; MS Dhoni Admits Batting Concerns

Earlier, veteran pacer Nehra once again came good for CSK as he clinched 3/28 in his four overs, including the vital wickets of RCB skipper Virat Kohli (12) and explosive batsman AB de Villiers (1). Nehra was well assisted by off-spinner Ravichandran Ashwin, who ended with brilliant bowling figures of 4-0-13-1, scalping Mandeep Singh (4). The duo did not allow the RCB batsmen to accelerate at all.

Though left-handed opener Chris Gayle top-scored with 41, it wasn’t his usual innings as he played 43 balls and hit only two boundaries and three sixes. Two important cameos from wicketkeeper-batsman Dinesh Karthik (28) and Sarfaraz Khan (31) helped augment RCB’s total at the end, but the top order failed to make an impact when it mattered the most. Good bowling changes and field placements by CSK skipper Mahendra Singh Dhoni also proved significant as Mohit Sharma, Suresh Raina and Dwayne Bravo also clinched a wicket each to slow down the run rate and restrict RCB to 139/8.

During the chase, CSK also didn’t get a good start as their West Indian aggressive batsman Dwayne smith (17) pulled medium pacer Sreenath Aravind it to Mitchell Starc at deep square leg.  At this time, CSK were 21/1 in 3.1 overs and they could have lost their second wicket in the next delivery had Chris Gayle had not dropped Faf du Plessis, who edged to first slip in the very first ball he faced.

CSK had luck on their side on another occasion as RCB’s David Wiese induced an edge off opener Michael Hussey, who was then on 11, only for it was to be dropped by wicketkeeper Dinesh Karthik. However, du Plessis failed to grab the chance and went back to the dug-out after being bowled by leg-spinner Yuzvendra Chahal in the second ball of the 10th over. The South African right-hander made 21.

Two deliveries later, Chahal gave another blow to CSK by removing Suresh Raina (0). The Indian left-hander offered a catch to Wiese at long-off to leave CSK struggling at 61/3. However, Hussey kept the scoreboard ticking with ones, twos and odd boundaries before he played it to the hands of Harshal Patel off Wiese.

With 32 still required in 21 deliveries and skipper Dhoni not in his best of forms, it seemed RCB had a chance. But Dhoni and Pawan Negi (12 in six balls) ensured that they enter the final for the fourth time in the last five years. Following this win, CSK proceed to the final to be played at the Eden Gardens in Kolkata on Sunday against 2013 champions Mumbai.