Taking Chennai Super Kings' first loss this season in his stride, captain Mahendra Singh Dhoni admitted that he wasted a lot of deliveries on a good wicket as the team's modest total was easily overhauled by Rajasthan Royals, who continued their winning run in the IPL here today. 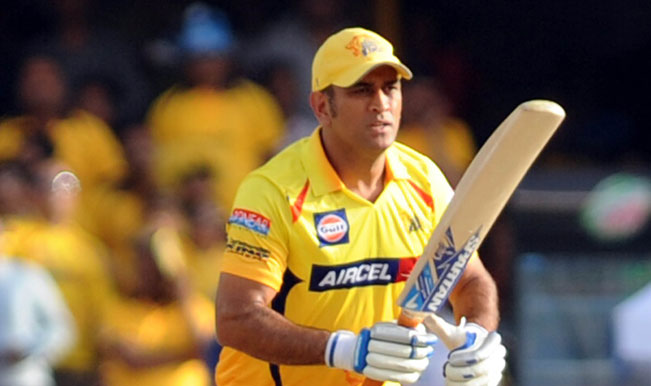 Electing to bat in hot and testing conditions at Motera, CSK lost early wickets, but Dhoni (31 not out) and Dwayne Bravo (62 not out) stitched an unbeaten 91-run fifth wicket partnership to lift the team to 156 for four in 20 overs. Dhoni said that his 37-ball knock was a tad too slow, which allowed RR to register their fifth straight win of the season. Also Read - KKR vs RCB: Gautam Gambhir Points Out Difference Between the Two IPL Heavyweights

“When I went to bat, I ate up a lot of deliveries. It was quite a good wicket, under the light, it gets slightly better. It played how we thought it would play. It was a back-to-back game for us after Mumbai (Indians), and the heat could have been a factor (behind the flat display) but we have to come back. (Dwayne) Bravo released a lot of pressure of me. If he can play like this, I can play somewhere else in the batting order. With (Ravindra) Jadeja and (Ravichandran) Ashwin to follow, it gives our batting potency,” Dhoni said after the eight-wicket loss.

CSK’s three-match winning run was snapped, but Dhoni was not too worried when he said, “It was an off day for us.”

Making his first appearance in this IPL season, Shane Watson (73), who took over the reins from stand-in-skipper Steven Smith, managed a 144-run record opening stand with man-of-the-match Ajinkya Rahane (76 not out). But the magnanimous Australian praised his opponents.

“Chennai is a great team, so it was a good win against them.The pitch was a little bit slow and little bit dry, but we summed up the conditions pretty quickly and the bowlers bowled well to give ourselves the best chance. Chris Morris bowled very well. Dwayne Bravo played a brilliant innings. But I am very proud of the way we played today. We are getting better every year. The people we have brought in this year complement the team and we continue to learn,” Watson said.

“Chennai is a big side and I am very glad with the performance. To restrict them to less than 160 was incredible from the bowlers. We are playing well through the tournament, but I thought this was a perfect game,” said Dravid.