An organisation that works to protect the rights of artists has issued notice to the IPL governing council, the West Bengal government and event managers claiming that the organisers of the IPL-8 inaugural show are "reluctant" to pay the fees for playing music, a statement said on Sunday. 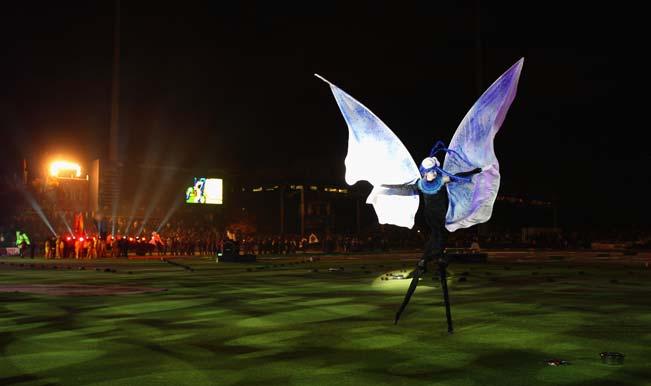 Kolkata, April 5: An organisation that works to protect the rights of artists has issued notice to the IPL governing council, the West Bengal government and event managers claiming that the organisers of the IPL-8 inaugural show are “reluctant” to pay the fees for playing music, a statement said on Sunday. Also Read - Virat Kohli Not a Bad Captain But Rohit Sharma is Better, Difference Between Them is Huge: Gautam Gambhir

Bollywood stars Farhan Akhtar, Shahid Kapoor, Anushka Sharma, Pritam and Hrithik Roshan are all set to light up the ceremony, which will take place in Kolkata after a gap of two years at the state-run Salt Lake Stadium — the Vivekananda Yuba Bharati Krirangan. The Indian Performing Right Society Ltd. (IPRS), which has around 3,500 authors, lyricists, music composers, publishers, and film producers as members, is responsible for issuing licences to those playing music in public or commercial establishments and then distributing the fees as royalty among members. Also Read - India vs Australia 2020: Shubman Gill Looking Forward to The Tour But Hasn't Set Any Personal Goals

It sent notice to organisers (Encompass Events Pvt. Ltd.) of the IPL-8 opening ceremony, Ranjib Biswal, chairman, BCCI-IPL and CEO of the stadium for payment of ‘Performance Licence (Royalty) Fees’ for playing music as per the provisions of the Copyright Act, 1957.

“As in previous years, this year, too, the IPL matches music licences have been procured by the organisers (DNA Entertainment Networks procured licences) but the mandatory Public Performance Licenve for playing music at the opening ceremony has not yet been procured,” Avishek Basu, regional head, IPRS, said on Sunday.

“We were pursuing the payment of royalty fees for quite some time, only to get avoidance and indifference from the organisers of the show. The organisers are reluctant to pay the requisite fees. This has forced us to serve legal notice to them,” Basu said.

According to Basu, most of the music genres (over 10 million), be it film music or non-film music, pop, rock, ghazals, bhajans or classical and international music of more than 100 countries are included in the society’s repertoire.

“Any performance of musical and literary works by way of live performance or by usage of recorded music, without a licence granted by the owner under Section 30 of the Copyright Act, 1957 is illegal,” Basu said.

It has urged the three organisers to “ensure the event doesn’t begin without a proper licence being obtained from us”. Musicians like A.R. Rahman, Anu Malik, Gulzar, Bappi Lahiri, Ravinder Jain, Jatin Pandit (of duo Jatin-Lalit), Shravan Rathod (of duo Nadeem-Shravan), and IIayaraaja are members of IPRS.