Dhoni was found accused under the level 1 offence (Article 2.1.7 of the IPL Code of Conduct for Players and Team Officials). 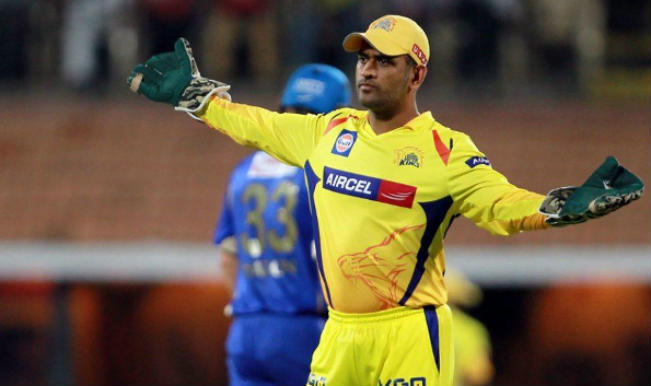 Heavyweights Chennai Super Kings (CSK), who finished the league stage as table toppers in IPL 2015 came crashing down against Mumbai Indians (MI) after MS Dhoni led side were defeated by 25-runs in the Qualifier 1 match at the Wankhede Stadium, Mumbai. But apart from the disappointing loss, CSK faced further humiliation after their captain MS Dhoni was fined 10% of his match fee by the match referee for making inappropriate comments in public after he was peeved at an umpire’s decision. Also Read: Watch CSK vs MI Qualifier 1, IPL 2015 Full Video Highlights. Also Read - MS Dhoni Wears Traditional Cap in Shimla, Flaunts New Look - Takes Internet by Storm

Dhoni was found accused of showing dissent under the level 1 offence (Article 2.1.7 of the IPL Code of Conduct for Players and Team Officials). In what was a controversial decision given by umpire, Chennai Super Kings opening batsman Dwayne Smith was sent packing but Dhoni continued to make statements against the decision, making him guilty of the level 1 offence. Smith was given LBW by Mumbai Indians pacer Lasith Malinga while the TV replays clearly showed that the ball was missing the stumps. Also Read - WTC Final: Virat Kohli Surpasses MS Dhoni's Tally For Most Tests as India Captain

Earlier, opting to bat, Mumbai got off to a modest start with openers Lendl Simmons and Parthiv Patel taking their time to get settled in the first four overs, scoring just 22. Simmons rose to the occasion as he scored 65 off 51 balls, which was followed by Kieron Pollard’s 17-ball 41 that helped Mumbai post a challenging 187 for 6. Also Read: MS Dhoni slapped with fine for traffic offence in Ranchi.

In reply, Chennai lost wickets at regular intervals and were all out for 162 in 19 overs. With this win, Mumbai entered the tournament’s final which will be played at the Eden Gardens in Kolkata on May 24. Chennai will get a second chance to make it to the final. They will face the winner of the eliminator to be played on Wednesday between Rajasthan Royals and Royal Challengers Bangalore, in the second qualifier in Ranchi on May 22. (With inputs from IANS)