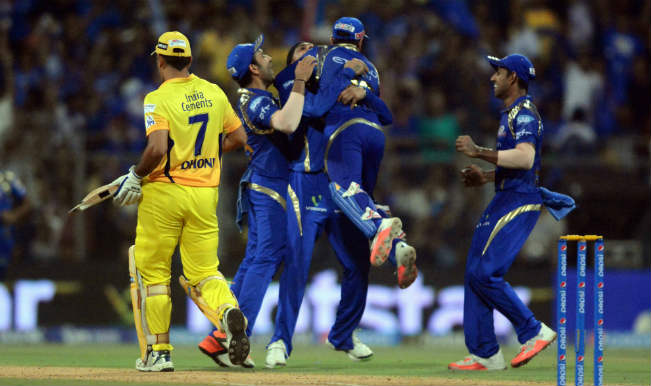 With Michael Hussey back in the hut, Smith found an able partner in Raina and the duo helped Super Kings bail out of the initial slump. The two batsmen put on a 66 runs partnership for the second wicket. During the stand it was Smith’s bat that did the most damage with Raina playing second fiddle to him. The partnership was eventually brought to end with Harbhajan Singh accounting for Smith’s wicket. Also Read - IPL 2021: MS Dhoni-led CSK Likely to Purchase Glenn Maxwell, Steve Smith, Dawid Malan in Mini Auction in February

After Smith’s dismissal MI found Harbhajan scalped another wicket. Looking accelerate with required run-rate creeping up, Raina was stumped. The left-hander managed to score 28 off 9 balls before being sent back.

Earlier, Mumbai Indians posted massive total of 202 for five thanks to fluent half-centuries by Lendl Simmons and Skipper Rohit Sharma. The duo added 119 runs for the second wicket after losing Parthiv Patel in the very first over. After Simmons and Rohit’s act, it was Ambati Rayudu and Kieron Pollard who propelled Mumbai Indians. Rayudu and Pollard stitched 28-ball 71-run stand for the fourth wicket.