MS Dhoni to Shane Watson: 5 doting dads of IPL 2015 with their adorable kids

Take a look at these five handsome and lovable fathers with their kids. 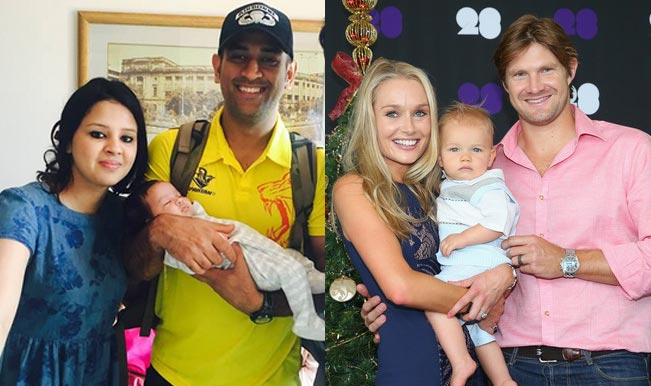 If the adorable pictures of little AbRam with his superstar dad Shah Rukh Khan in the opening match of eighth season of Indian Premier League (IPL) cricket tournament made you go all aww, then wait till you read about the IPL 2015 players who make awesome fathers. Be it Chennai Super Kings skipper Mahendra Singh Dhoni who is spotted with his little bundle of joy, daughter Ziva or Sunrisers Hyderabad captain David Warner who is accompanied by his little one, baby girl Ivy. Take a look at these five handsome and lovable fathers with their kids. Also Read - IPL 2021: Sunil Gavaskar 'Fortunate' to be in the Same Change Room as CSK Captain MS Dhoni

1—MS Dhoni Also Read - IPL 2021: 'We are the Most Consistent Team,' MS Dhoni After Winning the IPL Crown for the 4th Time Against KKR; Thanks CSK Fans For All the Support 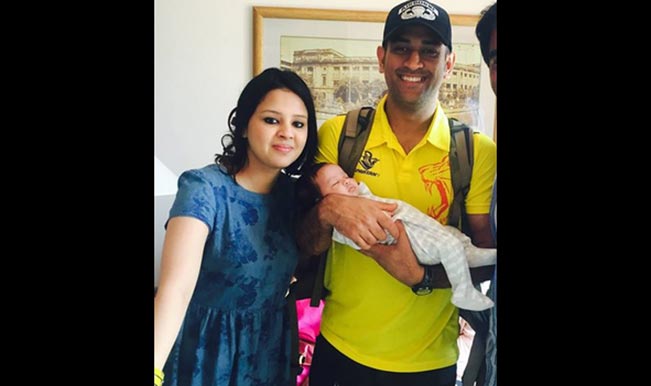 The captain of Indian cricket team who missed out on being with his wife Sakshi Rawat Dhoni during the birth of their first child Ziva due to the sporting commitments is now making up for lost time. Be it being photographed carrying little Ziva outside Ranchi airport coming from Suresh Raina’s wedding or posing with wife Sakshi and Ziva in a cute family picture during IPL 8 tour. 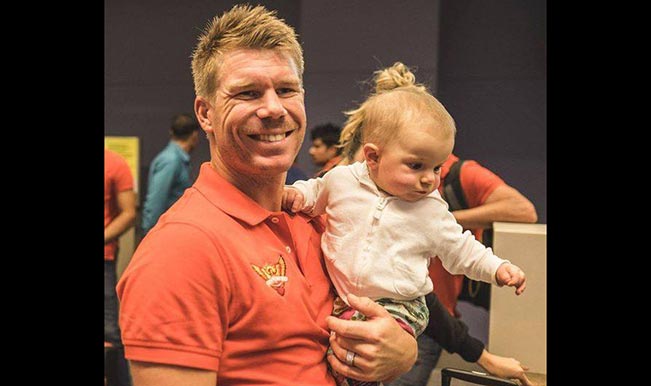 Sunrisers Hyderabad skipper David Warner is accompanied by his wife Candice Falzon and their baby daughter Ivy Mae in the IPL 8 matches. Ivy who was born on 11 September 2014, is often spotted with his mom, smiling and cheering from the sidelines. The 28-year-old Aussie tied knot with Candice on Women’s Day this year. 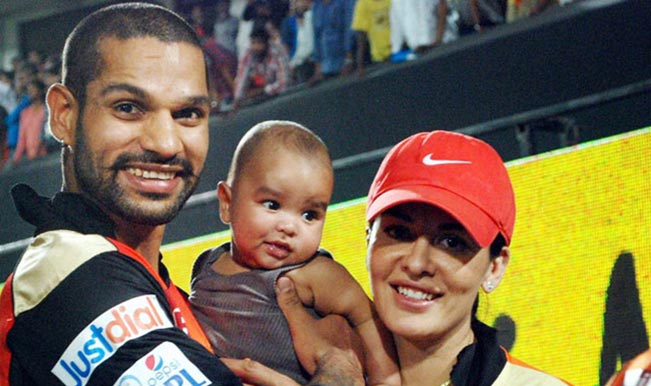 Warner’s Hyderabad teammate and dashing Indian opener Shikhar Dhawan is known for his aggressive batting on the field but off it, the southpaw makes one lovable father. After marrying Melbourne based Ayesha Mukherjee in 2012, he became father of a cute son, Zoravar in 2014. The two are often photographed, cheering for Dhawan during IPL matches. Dhawan is also father of two daughters – Rhea and Aliyah, from his wife’s previous marriage.

Australian all-rounder and Rajasthan Royals leader Shane Watson is one of the most successful players in Indian Premier League. Apart from leading from the front in the field, Royals player enjoys being a family man that has his beautiful wife Lee Furlong, a Fox Sports Australia presenter and his son Will. Watson’s candid photographs with Will make the world swoon over the handsome Aussie player.  Shane and Furlong are expecting their second child as well. 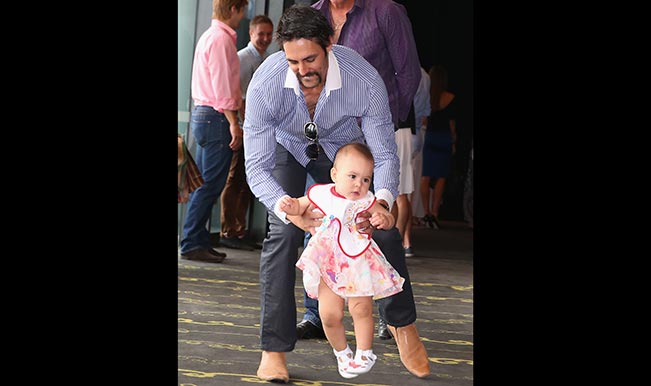 Talking about Mitchell Johnson always reminds the picture of aggressive Australia pacer bowling fiery deliveries at the batsmen, but off the field, Johnson is just like any other loving dad. Johnson who is married to Jessica Bratich Johnson is father of baby girl, Rubika Ann. In fact, he credited the birth of his daughter in eclipsing the ‘failure demons’ and that he enjoys the fatherhood.