Out of nowhere, Faf du Plessis produced the moment of brilliance to dismiss Parthiv Patel 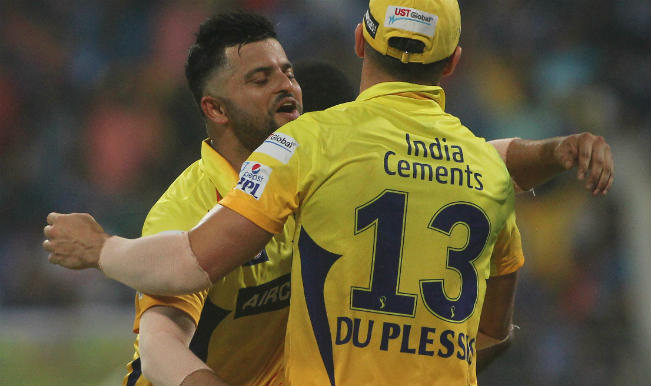 Faf du Plessis showed why he is recognised among the best fielders in the World cricket by running out Mumbai Indians (MI) opener Parthiv Patel during the final of Indian Premier League (IPL) 2015 at Eden Gardens in an uncanny way. Faf du Plessis brilliant throw gave the start CSK would have wanted and dismissed Parthiv for a duck.  Also Read - South Africa vs England 1st T20I: Jonny Bairstow Powers Visitors to 5-Wicket Win Over Proteas to Take 1-0 Lead

Parthiv played the shot towards mid-on and sat off for a quick single. Du Plessis dived to stop the ball and then threw it towards non-strikers end, but underarm and boy he hit the top of the stumps to dislodge the bails. Out of nowhere, du Plessis produced the moment of brilliance to dismiss Mumbai opener. Earlier, Super Kings won the toss and opted to bowl first. Both, CSK and MI fielded unchanged sides for the crucial game.