SRH skipper was miles ahead his closest contenders despite not playing as many matches. 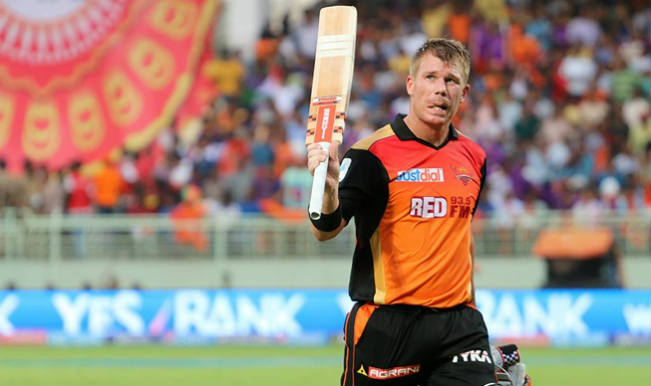 David Warner, captain of Sunrisers Hyderabad bagged the [prestigious orange cap of IPL 2015 as he became highest run-scorer of IPL 8 despite his team not making to the playoffs. The Australia opening batsman showed miraculous, red-hot form to amass 562 runs in 14 innings of IPL 8. Mumbai Indians (MI) opening batsman Lendl Simmons climbed to third spot in the list of highest run-getters of IPL 2015, after hitting 540 runs in 13 innings, including a half-century knock in the IPL 8 finals against Chennai Super Kings (CSK) at the Eden Gardens, Kolkata.  Mumbai Indians beat Chennai Super Kings in the finals of IPL by 41 runs to become champions for the second time in history of the tournament. They had previously won the coveted trophy in 2013. Check the Orange Cap Players of IPL 2015. Also Read - SRH Full Schedule IPL 2021: Check Out Sunrisers Hyderabad Fixtures, Timing and Venues

The Indian Premier League (IPL) with all its glitz and glamour is considered the perfect blend of cricket and entertainment. Now in its 8th season and given its long list of controversies, this madness rich tournament is all set to grab a lot of eyeballs. IPL is a platform for the unknown faces of Indian cricket that are brought out of obscurity once every year.

The BCCI considered the richest board in world cricket leaves no stone unturned to promote this mega event. The prize money offered is quite massive in addition to the fame and frolic. While the contribution of IPL to the growth of Indian cricket might be debatable, one thing that is certain about this glamorous tournament is that the fans love it. With a fairly constant TRPs and looking at the atmosphere in most jam packed stadiums, IPL is a part of our lives. Check Out: IPL 2015 Schedule – All Match Fixtures and Complete Time Table of IPL.